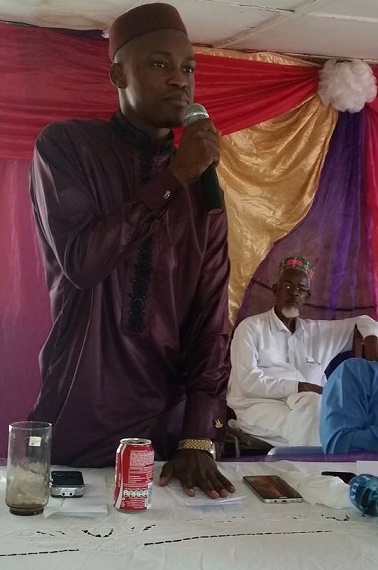 He congratulated them for not only concentrating on just one aspect of the religion but on how they can help in maintaining the peace which, he stressed, is very significant for any meaningful development to transpire in Sierra Leone.

He expressed profound satisfaction with the way broadcasters of various Muslim radio stations are really striving to operate in line with the IMC Code of conduct.

“Today Sierra Leone is number one in terms of religious tolerance because our stakeholders are not preaching hatred in the media,”he maintained and called on them to continue to preach peace underscoring that Islam means Peace. Commissioner Alhaji Dauda also highlighted the manner in which the social media should be used in Sierra Leone by young Muslims stressing that it must be done responsibly .

He pointed out that there is nothing wrong to use the social media in Islam emphasising that what is wrong is misusing it.  “This is one reason why most Islamic States regulate the  social media because they don’t want unreligious issues to be shared among young Muslims,” he informed the audience.

The erudite Commissioner noted that the social media must by used by young Muslims to create awareness about the doctrines of Islamic and not issues that will undermine the peace.

One of the speakers during the auspicious occasion, Dr. Ramadan Jalloh dilated on the topic ,”Responsibilities of Citizens towards National Security.” He intimated that every citizen must first and foremost respect the laws of the country. “Without obedience for law and order there will be complete anarchy which is not conducive for meaningful development to transpire,” he underscored. Dr. Ramadan Jalloh also appealed to loyal Muslims citizens to deviate from any form of demonstration but rather should be patient because Allah knows why He continues to maintain leaders in positions. Dr Jalloh made reference to countries where rebellions have been staged stressing that they have now become failed States.

Dr. Ibrahim Salieu Kamara expressed the view that Islam has no place for cliques lamenting that it is very much unfortunate that today certain young people are associating themselves with cliques. “It is not Islamic because Allah is against the coming together of citizens to do things that He does not appreciate,” he furthered.

The Local Unit Commander, Kissy Police Barracks revealed that they are always ready to deal with lawlessness. He advised the young Muslims to be forthright, obedient, gain education and learn meaningful trades.” It is only when you empower yourselves that you would turn out to be good citizens. You must limit yourselves in doing things that will not jeopardize the security of the State,” he added.

Other personalities who also delivered speeches made mention of how the security of any State is the fundamental bedrock on which any development agenda will successfully.

The representative from the Office of National Security ,Mr. Koroma appealed that as Muslims they should live exemplary lifestyles stressing the fact that Allah always reward individuals for doing the right things and equally punish those who commit evil.

He disclosed that the ONS is working assiduously with other relevant stakeholders to ensure that security and stability are always guaranteed.