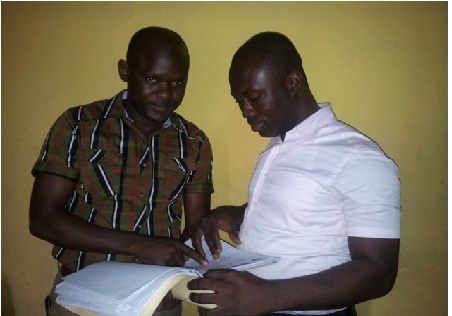 The monitoring exercise which took them to Sella Limba, Sanda Loko, Rogboreh, Gbanti Kamaranka and Gbendenbu Ngowahun chiefdoms was supported by Health Poverty Action under the European Union project.

The Coalition is a civil society health advocacy network that advocate for available, accessible and affordable quality health care service in Sierra Leone.

Kamara expressed serious concern about what he described as the deteriorating health care system in northern Bombali district. He pointed out that there is a high increase of drug peddlers in the district selling expired and sub standard drugs to people which he noted affects quality service delivery.

He noted that a good number of trained and qualified nurses who are working in these health facilities have not received salaries for the past two years because they have not been recruited by the Ministry of Health and Sanitation.

Mr. Kamara disclosed that one essential drug called Oxytocine that is use to help save the lives of pregnant women during delivery is not being stored in a Cold Chain that is use to store specialized drugs.

“A health expert told us that such drugs must be kept in a cool place for 15 days if not it becomes a poison and kills people. All the health facilities visited have no refrigerator to keep the Oxytocine drug. These drugs have been kept on the cupboards for over three months thereby losing it potency,” Kamara said.

He revealed that a good number of the PHUs inspected have no good delivery beds, no running water in the labour rooms which he said seriously affects the free health care.

Mr. Kamara therefore called on government and development partners to improve on the quality of health care in the interior by providing regular supply of drugs and establish Cool Chain in all PHUs, facilitate the speedy recruitment of health care workers and restore running water in these facilities to ensure sanity.