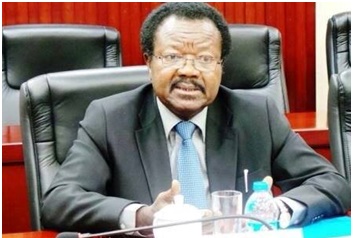 The forthcoming presidential race is getting rough. The peaceful expected navigation of the electoral process is becoming gloomy with the declaration of intentions by many Sierra Leoneans including those occupying public offices and the private sector.

The Ruling All People’s Congress Party has witnessed a state of ambiguity as to who should succeed the President Dr. Ernest Bai Koroma. Names of prominent people who are fighting doggedly to succeed the President Dr. Ernest Bai Koroma have been mentioned. Prior to this period, the succession race was tensed and full of intrigue. But the campaign for more time slowed the ardour and keenness of those vying to succeed the president.

What is seemingly viewed as the aftermath of the more time campaign has increased and tightened the succession race.

Potential successors are seen traversing the country galvanising support and seeking compassion from the people.

Evidently, the Vice President, Dr. Victor Bockarie Foh is displeased with the action of these potential successors going round the country soliciting support for the achievement of their political aspirations. The Vice President is on record for condemning those intending aspirants pointing out that their moves undermine the succession of the President’s Agenda for Prosperity.

Victor Foh (VP) clamped down on those wishing to succeed the President and authoritatively demanding that they desist from campaigning now and focus on the Agenda for Prosperity.

“The APC is a Party that bears no grudge” declares the Vice President. “My coming here today, with the former Head of State, Rtd. Captain Valentine Strasser, is a symbolic move of reconciliation and national cohesion. It points to the fact that we hold no grudge against anyone” he reiterated. He affirmed that the APC is a party that rewards hard work and loyalty, citing himself as a perfect example.

These statements of the Vice President have been viewed by many social and political commentators as a breeding ground for disunity which may adversely affect the future of the APC Party. These statements were made during a coronation ceremony in Port Loko.

Those who witnessed the ceremony said the visit of one of the intending aspirants to the district prompted the Vice President to make such statements. The question in the minds of thousands of Sierra Leoneans is not unconnected to whether or not the Vice President is a democrat or a dictator.

Along the streets of Freetown, the youth are asking; is VP Foh a DICTATOR OR DEMOCRAT? A question only the Vice President can provide answer to.

The myth in the country is that the President will handpick his successor which will be a contradiction to the dictates of true democracy and will lit up the seeming divide in the party.