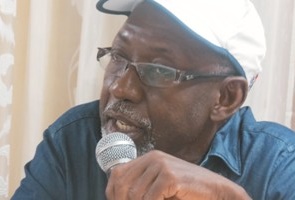 Some of the allegations which he reacted to were gross insubordination; disrespect for authority; the issue of renewal of appointment; turning down of appointment as head of department of history and African studies.
While he was reacting, the associate professor said that he was assigned to teach a course outside his “area of expertise without adequate preparation”, adding he wrote a letter in 2013 to the then heads of department in Dr. Spencer-(incoming) and Dr. Alie (outgoing)-, to tell them why he cannot teach the module allocated to him. He said no one replied to that letter.  He went on to say that even though professor Ekundayo alleges that he called him to a meeting, he was never invited by the professor.
Regarding the issue of his renewal of appointment, he said he has a permanent appointment which was pensionable, adding that since he was appointed for the past ten years, he was never called upon to renew his appointment.
With the issue of his appointment as head of department, he said the former principal of the university had told him that he would never be an head of department, noting that there is no academy in advance countries to take an executive position adding that appointment was by election not by appointment. He said he refused the offer.
He went on further that he was given no opportunity to explain himself.
Meanwhile some of the past student of the university who went through the Dr. Abdullah has called on the authorities responsible to revisit the decision.