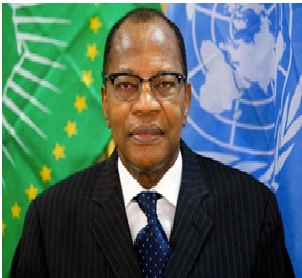 He calls on them to do their utmost to maintain the spirit of peace and restraint, and to continue promoting a peaceful campaign mindful of civic responsibilities and in line with the spirit demonstrated by the people of Sierra Leone. Mohamed Ibn Chambas also commends the candidates of the first round on the quality of their campaign marked by dignity and mutual respect which led to a massive participation of Sierra Leonean voters in the 7 March elections. He reminds all candidates of their commitment to respect the will of the people and to accept the results of the elections, and urges them to use peaceful and legal means to redress any grievances and complaints they may have in accordance with the Presidential Peace Pledge signed by them on 28 February. The Special Representative of the Secretary-General and Head of the United Nations Office for West Africa and the Sahel reaffirms that UNOWAS and the United Nations system in Sierra Leone remain ready to continue to partner with the people and the authorities of Sierra Leone in their efforts to consolidate peace, democracy and prosperity.