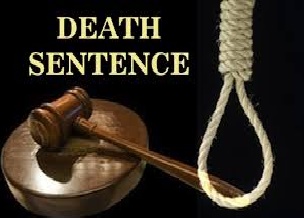 According to court sources, about 90% of cases mentioned by the Principal State Counsel, Aiah Simeon Allieu Esq., and Senior State Counsel, Umu Sumaray Esq., were successfully completed with sentences ranging from two to ten years imprisonment.

One Alhaji Mohamed Alieu Jalloh, who was charged with the offences of murdering his wife Rugiatu Jalloh and his two-year-old son Momodu Alpha Jalloh on 11th March, 2014 at Koakoyima in Koidu, was sentenced to death by hanging after the 12-man jury had returned a verdict of manslaughter for the wife and murder for the two-year-old son.
According to the brief facts, the accused Alhaji Mohamed Allieu Jalloh met his wife with another man in his bedroom playing the beast with their backs in Shakespearian language, or having sexual intercourse while he stood fixed by the window until the accused ran away.  The accused then entered the bedroom and stabbed both his wife and two-year-old son to death.

The accused locked the two deceased in the bedroom and ran away to Makeni in the North and later to Kenema in the East where he was arrested by the police.

In another development, one Osman Gbla was charged with murdering one John Conteh on 3rd May, 2011 at Bakidu village in the Nimikoro Chiefdom, Kono District, was found guilty by another 12-man jury after the prosecution led by the Principal State Counsel, Aiah Simeon Allieu Esq., had evidence against him. Osman Gbla was also sentenced to death by hanging.