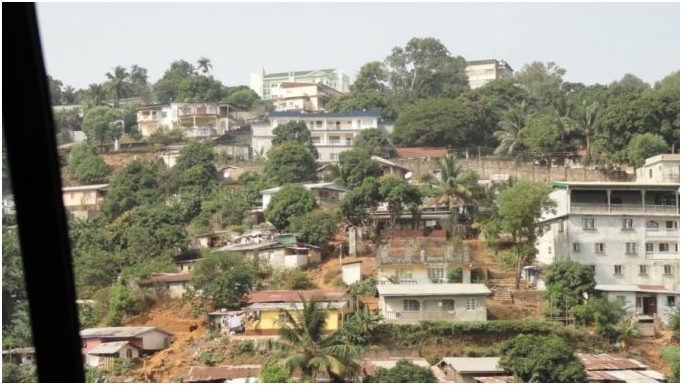 By shaping the pattern of development and by influencing the location, scale, density, design and mix of land uses, spatial planning can help reduce the need for mass travel, reduce the length of journeys and make it safer and easier for people to access jobs, shopping, leisure facilities and services by public transport.

Consistent application of these planning policies will help to reduce some of the need for car journeys (by reducing the physical separation of key land uses) and enable people to make sustainable transport choices.

A National Planning Policy Framework has the potential to determine the shape of our towns and cities for many years to come. This includes the allocation of land that is safe for people to build houses as well as the development of a transport system, including the road network that reduces the need for travel while at the same time provide adequate access for the emergency services during disasters.

A national planning strategy can also include the zoning of the land area to restrict unplanned economic activities that are harmful to the environment. In the Freetown peninsular area, we are faced with two problems that contribute to the escalation of floods during the rainy season.

On the mountainous region, there has been both large and small-scale quarrying activities in the last decade. The former is as result of the demand for aggregates to construct roads by international and national road infrastructure development companies, while the latter is caused by illegal stone harvesting by citizens including children to meet the growing demand for housing construction all throughout the capital.

In the lowland area along the beaches sand harvesting has been responsible for the denigration of the coastline and this in turn is impacting on the environment bringing the sea closer to the land. Such activities need to be curtailed to reduce the incidence of erosion and further damage to the structure of the land immediately in front of the main settlements in the city.

In the case of the Western Region the area is divided into Western Urban under the management of the Freetown City Council (FCC) and the Western Rural managed by subsidiary local authorities in the mountain and peninsular areas.

Neither the FCC nor the rural councils have the manpower and technical resources to provide effective planning of the areas under their jurisdiction. This is despite the fact that they are required to institute development plans with contributions from the ordinary citizens.

The process of local government transformation as a devolved authority has been slow and lack any strategic thinking. The need to develop local plans in relation to a national plan that includes affordable housing, employment and economic development strategies is crucial to the effective management of our towns and cities.

According to a recent article published in the Concord Times newspaper on 28 August 2017, Patrick Musa-head of Climatology at the Sierra Leone’s Meteorological Department said that they were unable to predict the twin disaster of landslide and flooding, due to the poor internet connectivity problem hosted by Africell Telecommunications Company. He stressed that their entire weather forecast system went off at the various transmission sites.

It is ironic that a new Act of Parliament to transform the Meteorological Department into an agency received Presidential approval recently. In presenting the draft bill to Parliament, the Minister of Transport and Aviation explained that Sierra Leone is a party to the Paris Agreement on Climate, which shows the country’s commitment on the said issues, explaining that the effect of issues relating to meteorology have been seen affecting the lives of the ordinary people in the country.

Despite this laudable effort, media reports have indicated that “the Meteorological Department has been contending with a lot of challenges, including lack of equipment and poor internet facility. No immediate action was taken by the Government to demonstrate care and responsibility”.

This situation cannot be allowed to continue because the recent flooding is bound to continue in the foreseeable future –  a result of climate change and global warming.

What is important is the need for the Meteorology Agency to provide timely warnings of these impending disasters and for the appropriate authorities to execute a Disaster Mitigation and Emergency Rescue Plan.

The growth in population has resulted in the need to provide suitable and appropriate sanitation and modern land fill sites, as well as the development of recycling initiatives.

A major challenge is managing the disposal of plastics – abandoned pure water/cheap alcohol sachets, plastic bags used for shopping and water containers, are all adding to the problem of managing waste in Freetown.

According to a blog by Jamie Hitchin of the African Research Institute – “The waste issue is multi-faceted. Freetown only has two dumpsites, at Kissy and King Tom, both of which are at capacity and located in residential areas. The Freetown Development Plan recommended the sites be closed in 2009, as they posed significant health risks to communities, and identified new dumps outside the city. These recommendations have not yet been acted upon. Even if waste collection improves, the question of where to dispose of it remains unresolved”.

It is this lack of a waste disposal system that causes individuals to use existing drainage to dump their waste including plastics, which in turn prevents the rain water to make a safe passage to the outlets in the sea, thereby causing massive floods as was evident in the recent disaster.

Urbanization in Freetown has largely been translated into rising slum establishments, increasing poverty and inequality.

Most of the migrants from rural areas are uneducated/unskilled. They end up in the informal sector which accounts for a significant percentage of the Jobs in Freetown – Street trading, hawking and (Okada) commercial Motorcycle operation.

Another challenge from Freetown’s rapid urbanization is the increasing pressure of urban populations on natural resources and the environment. The expansion of the city is generally at the expense of destruction of forests and other natural environment or ecosystems, and increasing pollution (especially air pollution) with related diseases.

Freetown is one of the first planned city in West Africa with a design that constitutes a grid – like formation in the main settlement areas in the City. The City was originally planned for a total population of 300,000 people and it has since expanded to the surrounding area of the peninsular with an approximate population of 2.1 million people.

The main causes of this rural urban migration to the capital is a result of the 10 -year civil war and the demand for jobs that are lacking in the rest of the regions. This situation needs urgent consideration by the government through a long-term policy to improve jobs in agricultural sector alongside the provision of affordable housing and social facilities such as schools, health facilities and community centres.

In order to address the challenges of urbanization in Sierra Leone, some key reforms should be pursued by governments. These include upgrading informal settlements through the provision of integrated infrastructures and services that target the marginalized groups, including the poor, youth, women and elderly people.

Mobilizing urban financing from local and foreign investors. These resources should be efficiently and adequately allocated between central and local governments’ urban projects and should encourage strengthening the role of municipalities;

Improving human capital through equal access to education and healthcare services and facilities for all categories of citizens in order to meet labour market needs;

Diversification of economic activities through the creation of new economic hubs oriented towards high sustainable and value-added production and exportation.

These reforms should be more inclusive to ensure that all categories of citizens, regardless of their age, gender, tribe, or socio-economic conditions, have equal access to adequate housing, basic infrastructure and services and equal job opportunities.