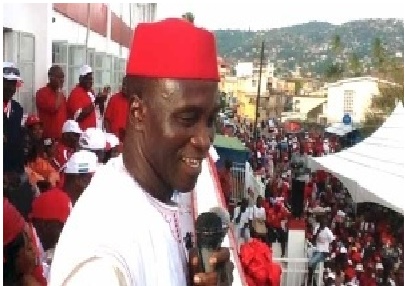 Born and raised in the east end of Freetown, Usu Boie (photo) is an extremely popular politician whose political career started with the opposition Sierra Leone Peoples Party (SLPP) where he was at one time an aspirant for the flag bearer position to contest the 2012 elections but later quit to join the ruling All Peoples Congress Party.

He was appointed Trade Minister after the APC overwhelmingly won that election. Usu Boie was believed to have been very instrumental in the party’s success in the Western Area (which includes the densely populated Freetown) and other parts of the country.