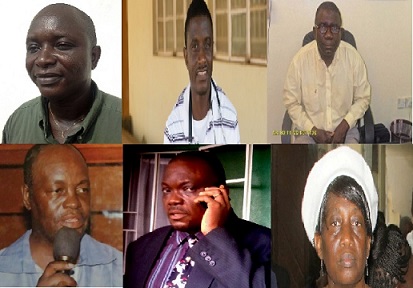 The disease ravaged Sierra Leone last year, infecting 8,704 people and resulting in the deaths of 3,589—221 of whom were health workers. The WHO said it will maintain its extra staff in Sierra Leone and help it build “a strong and resilient public health system ready to detect and respond to the next outbreak of disease,” said the WHO’s representative in the country.

Overall, last year’s recent Ebola outbreak infected nearly 30,000 people in West Africa and claimed more than 11,000 lives. This September, Liberia was finally declared free of the disease after a declaration back in May that turned out to be premature.

The WHO said Sierra Leone now enters a 90-day period of “enhanced surveillance,” critical for detecting any recurrence of Ebola. There were  celebrations in the streets of Freetown, the capital, soon after the Ebola-free declaration was made after midnight.

There were waves of celebrations, and then silence as names of some of the dead were beamed on to a screen. Health workers in particular were honoured for their bravery and sacrifice, they were some of the first to die when Ebola struck.

Medical experts and scientists have been careful not to jump the gun in declaring the disease defeated, because of the unprecedented strength of last year’s epidemic and a lack of proven vaccines or cures.

An experimental vaccine is now showing promising signs of helping to slow the spread of Ebola. WHO declared the single-dose VSV-EBOV vaccine to be “highly effective” after it was used on a trial basis by 1,200 front-line health care workers and 4,000 close contacts of Ebola patients in Guinea this year. That trial was extended to Sierra Leone in August after an Ebola case was reported there.