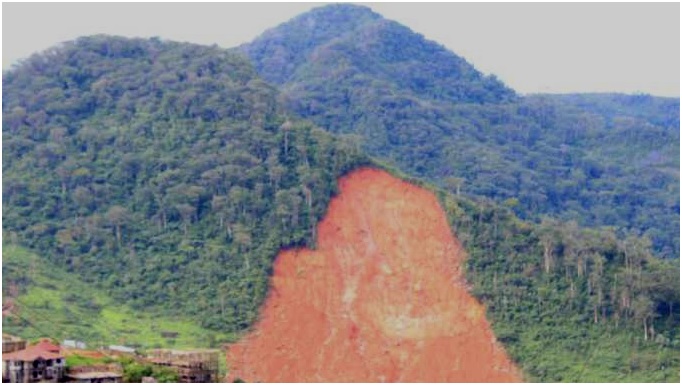 My case study was unconsciously sent to my medical director for review on August 16, 2017 via e-mail only for me to receive a response that the meeting had been held the previous day. Confused, overwhelmed with sadness, and disappointed, I called my boss to explain the circumstances that led to this lapse. The empathetic, knowledgeable, and soft-spoken director responded with a consoling remark that reassured me that there was no harm done and that I will be given an opportunity to present during next month’s meeting. The director went on to narrate the story of a 13 year old girl who lost 11 of her family members in a mudslide that took place in Pakistan. As the only surviving family member, she received abundant psychological and financial support that included her relocation to New York City in the United States. Regardless of these supports, she became psychotic at age 15 and remains psychotic throughout her adult life.

The purpose of this article is to outline short-term and long-term adverse effects that could affect survivors of the recent landslide in Sierra Leone and strategies that should be implemented to mitigate these adverse effects.

For clarity, let me start with a definition of the word Psychological which simply means anything pertaining to, dealing with, or affecting the mind, especially as a function of awareness, feeling, or motivation.

According to the International Federation of Red Cross and Red Crescent Societies (2017), a disaster is a sudden, calamitous event that seriously disrupts the functioning of a community or society and causes human, material and economic or environmental losses that exceed the community’s or society’s ability to cope using its own resources. Though often caused by nature, disasters can have a human origin.

Natural disasters can present themselves in the form of tornados, hurricane, mudslides, landslides, drought, wildfire, Tsunami, storm, earthquake, or flood and any of these can cause everlasting physical and psychological consequences. When a natural or man-made disaster occurs, the initial reaction is shock and denial. These two factors often create setbacks to take the necessary steps to begin picking up pieces such as calling for immediate assistance, receptiveness of first responders, self-blame, and emotional retardation.

Not surprisingly, survivors of natural or man-made disasters who lost their homes can develop feelings of insecurity as a home is a place of safety and refuge. When disasters such as the landslide in Sierra Leone comes tearing through houses, this security can vanish and survivors may experience nightmares, anxiety, extreme concerns about landslide safety or disaster. This insecurity can be especially pronounced in children, who may feel chronically unsafe.

Keep in mind that the Sierra Leone’s landslide survivors are not the only people who suffer as a result of this disaster. People who are on the scene at the time of the landslide or who witnessed the immediate aftermath such as first responders, police officers, fire-fighters, the media and government officials can also experience psychological symptoms. Most often, first responders could be haunted by people they were unable to save, by images of the dead, injured people, or by the massive nature of the destruction. These are only short-term effects of a disaster.

The long-term effects of the August 14, 2017 landslide in Sierra Leone can present as extreme stress that persists for months leading to Post-Traumatic-Stress-Disorder (PTSD). In this case, survivors may experience flash-backs of the landslide, panic attacks, extreme startle reflexes, headaches; persistent avoidance of things that remind them of the landslide, anxiety during the rainy season, depression, in ability to control emotions, angry outbursts, or crying spells.

In addition to PTSD, survivors of the Sierra Leone landslide who are already experiencing mental illness can have worsening symptoms of depression, extreme stress, generalized anxiety, eating disorders, obsessive-compulsive disorders, psychosis, an hedonic, and a host of other mental issues. Most of these issues will arise as a result of their attempts to control the environment after the landslide took away control (Villines, 2013).

The speed of recuperation of disaster survivors varies from individuals to individuals. In the case of Sierra Leone, a prediction of who will make healthy adjustment and who will not is dependent on governmental receptiveness to the needs of the victims. Providing temporary housing, food, medications, and other basic needs for the injured and survivors is just a drop in the bucket. The most important determinant for long-term coping mechanisms following a landslide of this magnitude is robust ongoing psychological therapy from psychiatrists, psychologists, clinical social workers, and other mental health providers.

Another disturbing piece in my mind while writing this article is a rumour that is currently making the rounds on social media regarding the late Mr. Moore, a government land surveyor who was brutally murdered in his attempt to stop illegal construction of houses on areas affected by the landslide. The rumour claimed that the landslide occurred on the tenth year anniversary of Mr. Moore’s murder at mount Sugar Loaf. If this is the case, the late man’s family needs to be comforted and fervent prayers made to appease his soul.

In conclusion, no person, community, society, or nation is immune to disasters. However, proactive responses and availability of resources in an active disaster phase can minimize loss of lives and properties. According to unconfirmed sources, the Sierra Leone government has received monetary donations in the amount of twenty five million dollars and counting.

It is my recommendation that these monies be utilized in the urgent construction of a community that will include modern houses, schools, places of worship, community centers, hospitals that are equipped with dialysis units, burn centers, a psychiatric unit, a pediatric center, and a museum with paraphernalia of those that lost their lives.

This article is dedicated to all those affected by this horrible mudslide. May the souls of the departed rest in peace.