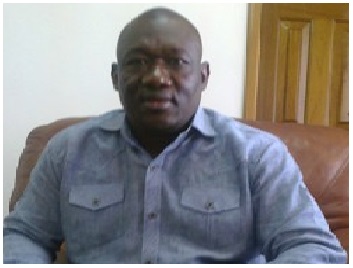 As of today many men and women who were beneficiaries of the VIPs are highly educated, gainfully employed and contributing to the development of the district and the country as a whole.

Many years later I came across Musa Tarawally in Freetown during the National Provisional Ruling Council (NPRC) days. He was now a popular businessman and a philanthropist per excellence. He had a very close friendship with Retired Brigadier General Julius Maada Bio.

According to the late Ahmed Bob Kanneh, Proprietor and Editor of the New Storm Newspaper, Musa Tarawally, despite his close relationship with NPRC, told them that it was not prudent for them to take that line of action, so he went against the “Peace before elections’’ and worked with youth activities like Nixon Colliers and the late Ahmed Bob to lead the campaign for ‘’Elections before peace. ’’

It is reported that for having given them this forthright advice some of the NPRC High Commend severed relationships with him.

Several years later, in 2005 to be precise, it was Musa Tarawally who brought Julius Maada Bio to the Sierra Leone Peoples Party (SLPP) in order for him to participate in the democratic process in the country.

Maada Bio once told me that overtime, he has realised that Musa Tarawally’s advice at the time saved Sierra Leone from plunging into further bloodshed. He also stated that his advice for him to join the SLPP had been the greatest service a friend can offer to another friend.

The Young Generation of the SLPP can also attest to fact that Musa Tarawally is loyal, committed to task and forthright in all of his political dealings.

In 1996, when all others where shying from the task, Musa Tarawally mobilised the Young Generation of the SLPP to invite the late President Ahmed Tejan Kabbah to a meeting at the party headquarters in Freetown, where he was told collectively that he was not treating the party fairly, which predicated that he will be ungratefully to the party.

Although many sections of the party membership were not happy with this move, some years later and even to this day, they agree that Musa Tarawally and his colleagues where right in their judgment.

It is on record that Chief Sam Hinga Norman listened to his advice and established the monitoring unit within the Civil Defence Forces (CDF) but he was soon influenced by ill-motivated individuals who told him that Musa Tarawally’s advice was to enable him to collect intelligence information on the Kamajors for both Tejan Kabbah and the international community.

This misconception so strained the relationship between Musa Tarawally and Chief Sam Hinga Norman that they out rightly fell out.

Musa Tarawally is reported to have tried to save Chief Sam Hinga Norman’s neck by warning him to beware of those who were planting bad blood between them and stressing that if the atrocities that were being committed by the fighters were not monitored and apportioned, they will one day come back to haunt him. Like a prophecy, Chief Sam Hinga Norman got charged by the Special Court for Sierra Leone for bearing the greatest responsibility for the atrocities committed by the Civil Defence Forces (CDF).

In another celebrated instance, Musa Tarawally was forthright enough to have told late President Tejan Kabbah and then Vice President Solomon Ekuma Berewa at an SLPP gathering in Bo that Chief Sam Hinga Norman who had scarified himself for the restoration of democracy to this country and to maintain the SLPP in power must not be allowed to perish while they continued to enjoy the fruits of his sacrifice. He further told them that if they failed to stand up and defend Chief Sam Hinga Norman, his conviction will lead to the disintegration and eventual downfall of the SLPP. Today that prediction has come to pass.

In another instance, Musa Tarawally, then a very close friend of Solomon Ekuma Berewa, was courageous enough to tell him that because of the role he played as Attorney General and Minister of Justice to sign the Special Court Treaty that militated against all the warring factions and for leading the treason trial of members of the Armed Force Revolutionary  Council (AFRC) which lead to the execution of many including the pregnant Kula Samba will militate against his chances of becoming President of Sierra Leone.

This advice is reported to have so angered Solomon Berewa and the leadership of the SLPP that the life and security of Musa Tarawally were threatened, which led him to defect to the All Peoples Congress (APC) in 2007. True to Musa Tarawally’s foresight, Solomon Berewa lost the election to President Ernest Bai Koroma in September 2007, and having accepted the forthrightness of Musa Tarawally, albeit after his failure to win the Presidency, today, Silomon Berewa has mended fences with Musa Tarawally and today, they are once again best of friends, talk and visit and consult each other.

I have given you these instances for you to see that all throughout his political life , Musa Tarawally has been forthright and in almost all the instances where he has been honest to give correct advise he has mostly been misunderstood and persecuted in the end his judgement has always proven to be correct.

It is against this background that I implore all Sierra Leoneans, especially the SLPP and more especially the APC membership, to critically observe why Hon. Musa Tarawally is slowly falling out with his boss and elder brother, President Ernest Bai Koroma, who this nation knows he has served with loyalty, humility, diligence and dedication.

Is Musa Tarawally paying again for being forthright?