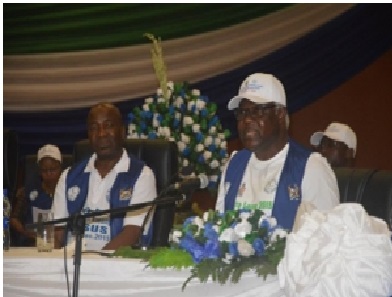 The president in a speech, appealed to all residents in the country to truthfully answer all questions from the enumerators when they visit them at home. This appeal is necessary because there is a tendency for some people to give incorrect information especially business people (to, in their thinking, avoid possible taxation or fines later) or simply because fear of giving any kind of information to government agents, a habit developed over the years since colonial days (1808-1961) to the present . Formal education the media have gradually eroded this fear but it still persists notably in rural areas.

The enumerators too have been repeatedly trying to calm these fears through public announcements and ads saying they are not going arrest or fine or report anybody to the authorities. It’s however not clear how the census people would verify the data they would eventually collect, especially personal information.

Politicians in Sierra Leone tend to be very much interested in censuses because it helps them to plan and strategize on which areas of the country to pay attention to for votes, what kind of voters live in a particular place (level of education, economic status) and what kind of message to deliver to them and many other parameters.

Censuses are very expensive for a developing country with a fragile economy like Sierra Leone and president Koroma was full of gratitude to the international community especially UN agencies without whose help it would have been very difficult if not impossible to carry out this year’s and past censuses.