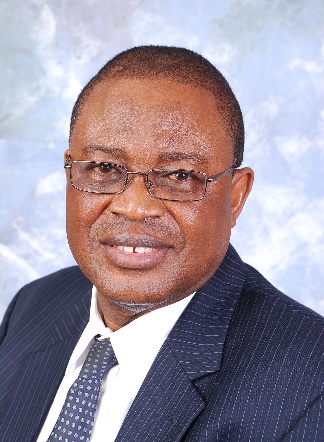 After the formal ceremonies to open the meeting at the Bo District Agricultural Office, the deputy Mayor of Bo welcomed the Minister and his entourage to Bo and commented that after listening to the profile of the Minister, the people of the South are assured that things will start to move in agriculture. He explained that agriculture is supposed to be the backbone of the economy but there are still some reservations about the priority that agriculture has been given in the past. He observed that Prof. Monty Jones is not the type of Minister who was satisfied with sitting in plush offices in Freetown but has shown himself to be outgoing and proactive in meeting farmers at their fields of operations. He commended the Minister for demonstrating such empathy with the farming community by coming out to the field to engage on the practical aspects of agriculture, energizing farmers to be more upbeat about their vocation.

Chairman for the event, Mr S. T. Kamara, Assistant Professional Head and Director of Engineering informed the mass of people gathered at the meeting that the staff at the Ministry are excited that the Minister has shown commitment and determination to lead by example. This is a Minister who has a head for doing great things, and the Minister has now embarked on this drive to ensure that agricultural production must be doubled this year in order for the Ministry to meet its targets under the Presidential initiative on post Ebola recovery for the ensuing 10-24 months period.

Agriculture chair at the Bo District Council expressed her satisfaction at the large number of women who had attended the meeting. She joined the Mayor in emphasizing that the District of Bo has fertile land for farming and especially with respect to inland valley swamps but asked for some consideration to be taken of women who are active in over 80% of the duties involved in farming at their levels. She declared that 2016 had been earmarked as a year of agricultural productivity and assured the Minister that that aspiration dovetails very well with the Minister’s current drive to double production for this planting season.