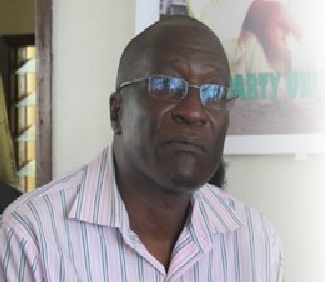 He made this statement while he was reacting to a 10 point proposal submitted to the Constitutional Review Committee (CRC) by the APC Party.
“The SLPP believed that the provision of the 1991 constitution which stipulates that people should hold two consecutive terms as president is still important today as it was in 1991,” he said.
“We do not think that provision should be changed in any way because it is in line with modern constitutional norms and at the same time there has never been any problem with it since we started practicing it.”
Mr. Tejan-Sie pointed out that Former President Tejan Kabba abided by it “and that has ensured stability in our democracy and has also enhanced our democratic credentials.” He advised President Koroma “after his second term, he should also bow out so that the stability will continue unbroken.”
Also he said the APC has proposed that the President should indicate whom he wants to serve as Vice President (VP) and could be removed from office by the President.
“The SLPP believe that it is against the democratic principles because the President and the Vice President were voted for by the people of Sierra Leone and as such you cannot remove either of them without going through parliament; which represent the voices of the people of Sierra Leone.”
The National Secretary General of the SLPP emphasised that “the present Constitution says for either of them (President and VP) to be removed, they should go through Parliament when they find out that they are incapable of continuing to perform those functions,” adding that as far as they are concerned, they “still believe that the Supreme Court was wrong in their decision in Sam Sumana and others case.”
“We want those provisions to remain because it’s in line with democratic principles and constitutional practice across the world.”
He said the SLPP do not support the suggestion by the APC; that the President and Vice President of Sierra Leone should only belong to political parties, “we believe that the political space should be widening by this constitution-everybody who wants to aspire for those positions should do so whether under political party or independently.”
“if one wants to run for the highest office and does not believe in the ideology of any of the political parties but rather believe in their own principles, he or she must be given the opportunity,” adding, that party requirement should not be continuous as propagated by the Supreme Court in the Sam Sumana’s case.
He called on the Constitutional Review Committee to maintain and strengthen those provisions so that the court should not come in the future to give decision like what they did in the just concluded Sam Sumana’s matter.
The SLPP do not agree with the APC proposal to the CRC that presidential candidates who gets 50 percent plus one of the votes cast in the first round to be president. “we think that the 55 percent promulgated by the former Constitutional Review Commission binds with international best practice and has worked for the country and has allowed us to breach the political divide to reach out to each other to make sure that whoever rules this country is supported by the majority of the people,” adding that (SLPP) “does not want any amendment to that section.”
On the issue of APC proposing that being a member of parliament should not deter one from serving as cabinet minister, Mr. Tejan Sie maintained that “we believe in separation of powers in the 1991 Constitution that bans members of parliament to hold cabinet position. We think that should continue. People must decide where they want to serve the country whether in the legislature or in the executive.”
Mr. Tejan-Sie said they agree with the APC proposal for the extension of the age of retirement of judges to 70 stating that they also believed that in line with the Truth and Reconciliation Commission, there should be a gender quota for the appointment of ministers, deputy ministers and everybody into public offices.
He said the SLPP agreed with the 40 years of presidency.
The National Secretary General said the SLPP has always practiced ethnic and regional diversity of the nation stating that was exemplified when they were in power the civil and public service has been reflective of the ethnic and regional diversity of the nation maintaining “having that in the constitution will not be opposed to.”
“We believe that in order to ensure the independence of judges in their appointment, His Excellency should play a lesser role as he is presently playing stating that the SLPP do not recommend what the APC is proposing that the President should appoint the Chief Justice from among persons qualified to hold office as justices of the Supreme Court adding that such proposal does not augur well for the independence of the judiciary especially at a time like this when the judiciary and the police are on the lime light as the two most corrupt institutions.