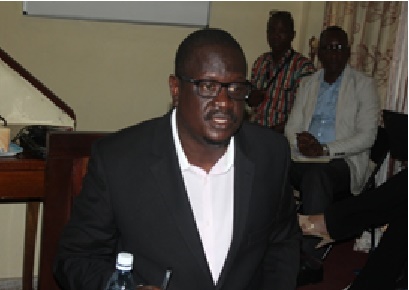 Executive Director of NAATE Philip Kanu said his organization seeks to work with other related government agencies to bring perpetrators of tax evasion to book.  According to him Sierra Leone is experiencing challenges in managing a sound economy and one of the reasons for this is tax evasion.  Philip Kanu underscored the difficulty that lies ahead in working to securing a clean taxation system, but said, he is confident that with the support of the ACC and other relevant stakeholders tax evasion will be tackled.

NAATE is one of few civil society organizations interested in taxation. Shollay Davies described their initiative as laudable and pledged the Commission’s support to assist in capacity building. ‘Sierra Leoneans have responsibility to remaining patriotic, and that means abiding to laws preventing tax evasion’ Mr. Davies added.

Director, Systems and Processes Review at the ACC, Maurice Williams, noted the challenges ahead in fighting tax evasion but said success come when NAATE lives by example. Victor Peacock, Director Internal Audit ACC, called for more collaborative engagements with relevant stakeholders, while noting that his Department stands willing to offer training on taxation.

Calvin Mantsebo, Director of Intelligence, Investigations and Prosecution (IIP) ACC, said the Commission welcomes receipt of intelligence from NAATE bothering on tax evasion in order to investigate perpetrators and bring them to book. NAATE will be largely sharing intelligence with the IIP Department, he concluded.

Deputy Director of Public Education and Outreach Patrick Sandi said his Department is capacitated to provide training on media and public engagements, and transfer skills to NAATE in dealing with the public on tax issues with high ethical considerations.

NAATE is poised to support the Commission in addressing corruption in taxation. But it will have to be subjected to robust background and probity checks as preliminary requirements for partnership.