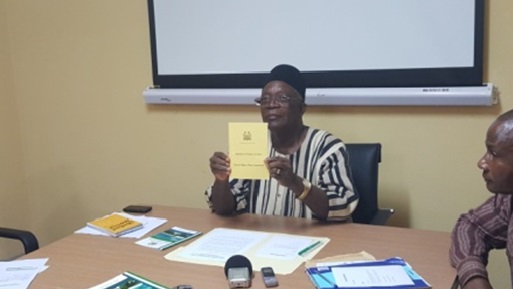 While thanking all those that contributed in diverse ways to the framework, he described 2015 as a challenging year largely due to the Ebola virus that affected all areas in the country and most resources diverted to the fight against the Ebola virus which impeded the implementation of the agenda for prosperity.

He said in spite of the difficulties however, the ministry was able to achieve some of its aspirations including the relocation of the ministry itself.

The ministry, he said, has further empowered personnel with proper accommodation and equipment to enhance proper productivity.

He added that the ministry has also formulated and produced a frame work of their policy to clarify the roles and relationships between and among the ministry and agencies it supervises.

The mission of the ministry is to formulate and coordinate policies that will strengthen the capabilities, security and safety of institutions under the remit of the Ministry of Internal Affairs to access the rule of law and the protection of the population under the law, and the vision is to encompass a peaceful, safe and stable country where there is synergy between the people and the state.

He disclosed that plans are underway to station three brand new fire engines for the provinces.

The ministry, he said, now has two directors to oversee the activities of the ministry.