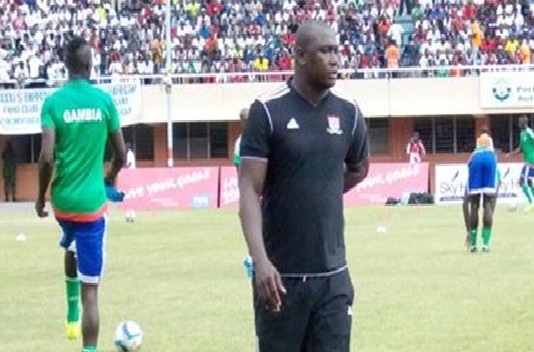 “Our midfield was ok; we have some injuries in our midfield and it could have been a different story. We left two players back home due to injuries. They are key players and the two midfielders we used here are substitutes,” Coach Ceesay said.

Ahead of the second leg tie which will come up in three weeks in Banjul, The Gambia, the confident coach, who admitted that his plans worked well for them in Sierra Leone, said they were going to work hard and maintain the away result

He said: “Our plans worked well for us and I am glad it always works well for us. We went soft on them in the start of the game, we hold the ball because we were scared of the weather, the plan was we will come out in the second half because the sun will be down, which works well with us and I thank God our plans always work with us.

Saturday’s win has given the Gambians a foot advantage to the next round of qualifiers as a goalless draw in the return leg in Banjul will see them advance to the second round to face Morocco. The 2017 African U-20 Youth Championship will be hosted by Zambia.