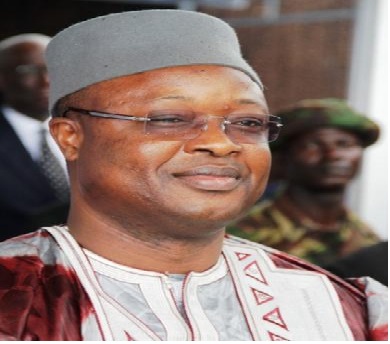 He alleged that they fell-apart when he denied President Koroma’s third term bid. He insisted that, “I will not subscribe to his third term agenda because we took an oath to defend the dignity of the constitution.”

According to him, any attempt to undermine the constitution is tantamount to undermining the development of the country. He added that he considers the decision of President Koroma as bad for the country’s nascent democracy. He went on to say that “I expect every Sierra Leonean to be more patriotic and put the country’s interest above our selfish desires.” He disclosed that his party’s slogan is “country first.”

In a very composed mood, Chief Sam Sumana said the ruling APC’s Agenda for Prosperity was horrible and there is nothing prosperous about the agenda for prosperity. Commenting on the status of electricity supply, the former Vice President commended the SLPP Government then (now in opposition) for introducing better policies. He said there was funding gap with the income electric project which funds were assumed to be misused. He emphasized that he lobbied to raise 18 million United States Dollars to rejuvenate the Bumbuna hydroelectric project, adding that he poured the entire money into the project to make it a success, but this has not been achieved. He appealed to all Sierra Leoneans to join him and make a better change.