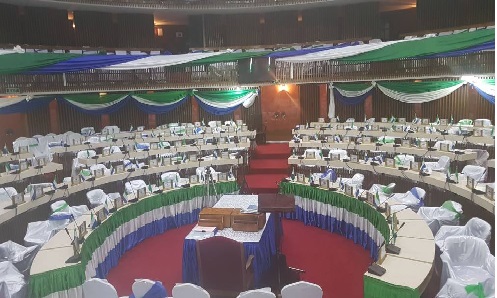 In his farewell valedictory speech, President Koroma proudly enumerated the successes of his Government in spite of challenges, whilst thanking the APC party and all shades of Sierra Leoneans for the confidence reposed on him to serve the country, with sincerity, commitment and purpose. He also described ordinary Sierra Leoneans are the true heroes of his transformative drives in all sectors, including health, education, energy, agriculture, infrastructure, and appointing women to take responsible leadership positions in the country.

Recalling ten years of governance under his watch, he espoused that in respect of compromises, agreements, and disagreements referring to the short-lived walk-outs that had been staged by the opposition, yet they were voting together with APC in the interests of ordinary Sierra Leoneans. He thanked Parliament for being supportive of his programmes and policies, by passing important Bills into law for the development of the country. He also said that the economy had grown under his watch, regardless of the reversals posed by Ebola and the drop in the prices of ore.

The Well of Parliament was filled with dignitaries, including Judges, Ministers, heads of MDAs and the host Speaker, MPs, and the administration.