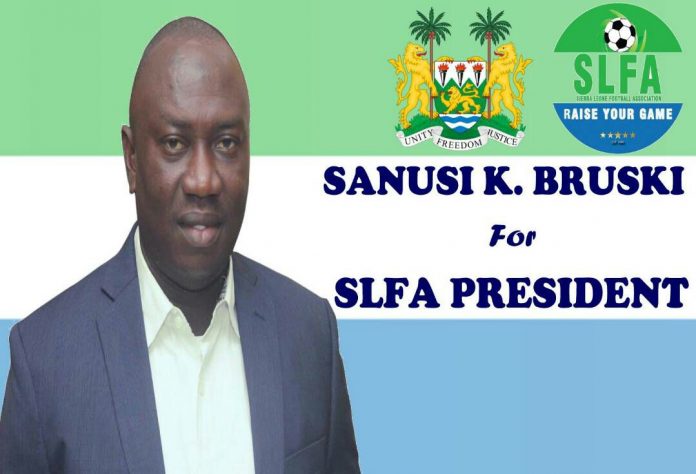 A number of civil society leaders in Sierra Leone have come together to appeal to the government of Sierra Leone to release and not hand over Henry P. Costa, the leader of Liberia’s Council of Patriots who was traveling to the United States via Sierra Leone’s Freetown International Airport.

It could be recalled that Liberia’s Council of Patriots, an activist group Henry P. Costa, organized a rally against President George Weah to protest against rising and deepening economic crisis. Thousands of protesters in the Liberian capital Monrovia rallied against a deepening economic crisis in the impoverished country. About 3,000 people rallied outside Monrovia’s Capitol Building carrying banners reading “March for Justice”, while police diverted traffic from the city center. President George Weah, who took office in January 2018 is under growing pressure over his management of the crisis.

Henry Costa, chairman of the Council of Patriots (COP) youth activist group, had originally arranged the protest for December 30, however it was called off after the government said it would not be able to provide security, and after international observers recommended postponement.

Costa’s COP is calling for Weah to step down, saying that he is incompetent to lead Liberia. However, many criticized the move as undemocratic. Now they want him to fire his entire economic management team.

“They have performed dismally and created the worsening economic situation we are in,” Costa told journalists.

The most recent gathering was the second mass demonstration against Weah’s handling of the economy in less than a year. In June last year, protesters demanded to know what happened to $25 million (€22.3 million) his government withdrew from Liberia’s Federal Reserve account for infusion into the economy. A presidential probe later discovered discrepancies and allocations.

In Sierra Leone, civil society leaders informed journalists on Wednesday 15th January, 2020 that they received reports that Henry P. Costa who was traveling to the United States via the Freetown International Airport was arrested by Sierra Leone authorities on the orders of the Liberian government. However, according to the civil society leaders, “as of now, we are not aware of any charges being preferred by the Liberian government against Mr. Costa, and we believe that the only reason the Government of Liberia is pursuing him is because of his leadership role in the 30th December 2019 nationwide protests in Liberia.”

According to the leaders of Campaign for Good Governance (CGG), Centre for Accountability and Rule of Law (CARL), Human Rights Defenders Network (HRDN), Partnership for justice (PFJ), Network Movement for Democracy and Human Rights (NMDHR), Campaign for Human Rights and Development International (CHRDI) and Amnesty International (AI) they are urging the Government of Sierra Leone to immediately release Mr. Costa and allow him to travel to the United States of America or his preferred destination. “We further urge the Government of Sierra Leone to reject any extradition request from the Liberian government, as we are reliably informed that if extradited to Liberia, Mr. Costa will be severely tortured by the Weah administration.”

The release issued by the leaders of the carious civil society organizations further stated that the Sierra Leone Government has an obligation under both national and international law to protect human rights and should not be seen as facilitating the abuse or violation of such rights. It added that should the Sierra Leone Government extradite Mr. Costa to Liberia, it will be equally blamed for any abuse (s) or violation (s) to which Mr. Costa may be subjected.

“This will certainly have far-reaching implications for Sierra Leone’s human rights credentials and international image,” the release stated.

A question and answer session climaxed the press conference during which a journalist pointed out that Sierra Leone has enough problems of its own to settle; so why waste effort in meddling in another country’s internal business?