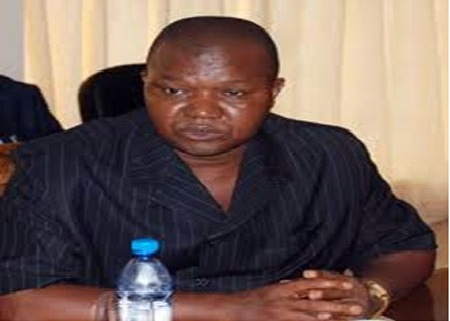 UNICEF says funds were provided by them and the IKEA Foundation. The turning of the sod took place on Saturday December 12 at the end of a week-long consultation and deliberation meeting on education called Week on Education. President Ernest Koroma himself delivered the keynote address on the first day of the meeting (December 6).

“Events nationwide throughout the week included a two-day Education Sector Review, the presentation of the preliminary results of the 2015 school census (the first since the Ebola outbreak) and the launch of the MEST situation room (to improve data generation and management) with equipment provided by UNICEF with support from DFID,” the UNICEF release stated.

As part of discussions around improving quality, it went on, a 2014 assessment of early grade (2 and 4) reading and mathematics standards in Sierra Leone, presented by UNICEF and the MEST, revealed that many children are not meeting basic requirements in numeracy and literacy.

“We all need to work together to lift standards and better serve children with quality education, in line with the Sustainable Development Goals,” said the UNICEF Representative in Sierra Leone,” Geoff Wiffin.

The release pointed out that as part of the overall Ebola recovery plan, the Ministry, with support from partners – should continue to focus on improving the quality of learning outcomes; strengthening teacher training, supervision and mentoring; ensuring education materials are provided; and strengthening the implementation of school performance-based incentives.

But there are big issues still needing urgent solutions in the country’s educational system. UNICEF made the following observation:

“There is still some way to go to meet the government’s commitment to providing nine years of basic education to all children, in part because of the need to build more junior secondary schools. Education officials also continue to report high numbers of children dropping out of education.”

“As one strategy for enhancing education, the planned new radio facility will give the Ministry the tools to build on the successes of the school radio project set-up during the Ebola outbreak when schools were closed, and now used for additional education services for those in and out of school.”

In a recent speech from the throne in the Sierra Leone parliament, President Ernest Koroma outlined his government’s plans to revamp and transform the educational sector some of which were highlighted by the UNICEF press release.