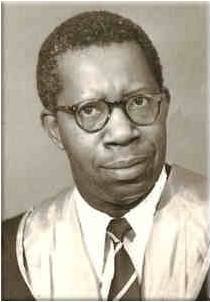 Clifford quickly found out that there were many other ways in which he could serve his country other than by being a politician. Regretfully, as he usually said, he gave up politics, concentrated on education, and later became a storywriter. He wrote the Bangurah-Cole stories which delighted thousands of readers of the Sierra Leone Daily Mail in the mid-1950s.

Clifford obtained a Master of Arts degree in Education in 1958 and a Bachelor’s in English with honors in 1960, both at the University of Durham, England. As soon as he returned home in 1960, he entered the competition for the words of the Sierra Leone National Anthem and won the competition with his High We Exalt Thee? verses. He respectfully became the author of the Sierra Leone National Anthem.

In 1960, the Ministry of Education appointed Clifford as an Education Officer and School Inspector, the youngest School Inspector on record at that time. He was responsible for acquiring textbooks for a number of schools in Sierra Leone. In 1964, Clifford became a foundation staff member of Njala University College where he was admired and greatly respected by faculty and students of this newly opened University. He, however, was still determined to advance his knowledge in Linguistics and, in 1967, he completed a postgraduate work in Linguistics at the University of California at Los Angeles (UCLA).

Back in Sierra Leone, Clifford became Senior Lecturer at Fourah Bay College where he attained his Professorship. He was head of the Department of English and Dean of the Faculty of Arts from 1977-78.
At this point, Professor Clifford Fyle, the Master of Languages and English decided to have a change. He was offered the Secretaryship of the West African Linguistic Society, whose international Congress he had brilliantly organized at the Cape Sierra Hotel in Freetown in 1974. Instead, Professor Fyle chose the wider international sphere of UNESCO, where he accepted a job as Language Specialist in January 1978. Here, he ensured that all the 52 African countries were identified and described, and their respective languages used for educational and literacy teachings. In 1988, due to his exemplary work, he was appointed World Coordinator of Mother Tongue Languages and Vice President of Research.

Professor Fyle also made a strong imprint as a scholar in linguistics with the seminal Krio-English Dictionary, which he co-authored with Professor Eldred Jones. The London Times newspaper in 1980, was so impressed with the impact of his work that it referred to this Dictionary as “blazing a worldwide trail” in modern linguistic study and lexicography.

The Marquis Who in the World publication recognized Professor Fyle’s significant achievement and had this to say about him: “Rising from lecturer (1964) to professor and faculty dean (1977) Fyle revolutionized the teaching of languages within the University of Sierra Leone. He scientifically established Sierra Leone’s’ Lingua Franca, Krio, as a true Language. He also pioneered the establishment of the Department of Linguistics and Sierra Leone Languages. At UNESCO, he was responsible for the development of over 2000 Languages in 52 African countries and their use in communication and education. His remarkable success ensured his appointment (1988) as UNESCO’s World Coordinator of Mother Tongue Languages, as well as Vice President of the International Association of research in Mother Tongue Education.”

In 1993, Professor Fyle retired, returned to Sierra Leone, brimful of energy and threw himself into his heart’s desire, that of producing school books in the major local languages of Sierra Leone: Mende, Temne, Limba and Krio.
Throughout his career, Professor Fyle produced and published 24 school textbooks and Readers which together have established the teaching of these languages in Sierra Leone. While he was in Sierra Leone, Professor Fyle started Lekon Publishing Company in 1995. In 2000, he established a similar company in Yonkers, New York as Lekon New Dimension Publishing. Through this company he published Sorie Conteh’s book The Diamonds which has become very popular among African Studies Departments in most American Universities; and his last two novels, These Old Colonial Hills? and The Alpha?. One of his earlier novels, Blood Brothers, published by Longhorn Kenya Ltd, was nominated for the 1998 International IMPAC Dublin Literary Award.

Apart from his outstanding work for his country, and his numerous awards and public recognition, Professor Fyle is most significantly remembered for three remarkable achievements.

– The first is as author of the words of the Sierra Leone National Anthem; essentially, it is one of the few National Anthems, if not the only one in all black Africa, of which both the words and music were written by its national citizens.

– Second, Professor Fyle wrote the grammar of the Krio Language and co-authored The Oxford Krio-English Dictionary, an outstanding feat which proved to all Sierra Leoneans that their everyday Krio was indeed a language in its own right, remarked the Guardian newspaper of Britain when it was published. The Krio Dictionary revolutionized the study of linguistics and Creole languages throughout the entire world, ˜blazing a worldwide trail as described by the prestigious British Newspaper, the London Times.

– Third, Professor Fyle made history as the first Sierra Leonean to produce books for the teaching of Sierra Leone languages in schools; six books each for Mende, Themne, Limba and Krio representing the four national languages sanctioned by Government for use in education. This achievement was considered in-achievable at the time (1996-97) when these books were produced.

To Professor Fyle, as President of the Sierra Leone Association for the Teaching of English in 1972, the then Minister of Education Augustine Sandy remarked: Clifford, if even you achieve nothing else in this life, at least you have made your own contribution to Sierra Leone.” Eleven years later, in 1983, the distinguished British linguist Professor David Dalby expressed similar compliment to Professor Fyle. In 2005, Professor Fyle experienced a deserving source of pride. He was inducted into the prestigious Marquis, Who’s Who in the World, and Who’s Who In America. Professor Fyle’s biographical profile is chronicled on the Marquis 2005 listings.

It was Professor Fyle’s desire to retire in his much-beloved homeland of Sierra Leone. Sadly, though, he did so very briefly. Alas, the rebel war literally forced him out of his country, and he moved, much against his will, to the United States where he was destined for his last days.

The distinguished linguist and author Clifford Nelson Fyle, well known for writing the lyrics to the Sierra Leone National Anthem, passed away on Wednesday, January 18, 2006.
Sierra Leone has indeed lost a brilliant and dedicated son.

Thank you Professor Clifford Nelson Fyle. May your soul rest in peace.

An Appreciation: A Tribute by the Family