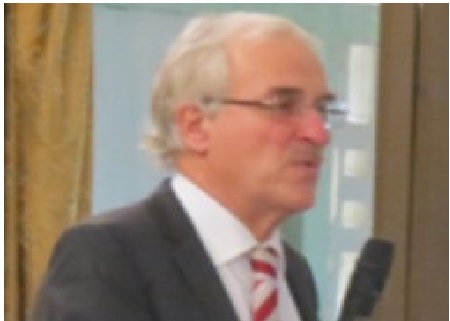 The public Lecture was held yesterday 7th December 2015 at Bank Complex, Kingtom with a high turnout of secondary school pupils, government stakeholders and other prominent personalities in the country.
Peter Conze is a renowned lawyer and highly acclaimed Transparency International senior advisor who has worked in Africa and is highly familiar with issues regarding corruption in Sub-Saharan Africa.
He said the major issues challenging the fight against corruption is non-implementation of government policies and conventions in convicting criminal acts and most importantly, he state, is the lack of political will in the drive against corruption.
He described corruption as a dangerous impediment that hinders the growth of any developing nations by infringing on the effective and efficient performance of governance, noting that with corruption a country is liable to experience economic downfall, therefore he urged all stakeholders involved to strengthen and emphasized on the importance of fighting corruption.
The Registrar of University of Sierra Leone (USL), Sorie N Dumbuya, in his capacity as chairman of the program, also emphasized on the importance of fighting corruption in the country, stating that the commission should focus more on educating the people about the implications of corruption and the negative impact it has on the development of the country. He commended ACC for their resilient efforts despite the challenges they faced especially in dealing with government Ministries, Departments and Agencies.
Commissioner of ACC, Joseph Fitzgerald Kamara said the ACC is working on new strategies to identify bench marks to help tackle corruption within government MDAs as the commission has set up Integrity Management Committees in all Government MDAs to monitor procurement procedures. He said their main focus now is procurement as it has come to the notice of the commission that corruption takes place in procurement processes within the government.
“We want to protect government resources by closing the gaps that loops during procurement procedures that allow people to be involved in bribery for signing government contracts. Impunity is another major challenge we faced at the commission in the fight against corruption in Sierra Leone”.
Commissioner Kamara further explained that the issue of impunity is that when the commission investigates and charges perpetrators to court, he noted the delay of the proceedings and the granting of bail to these perpetrators has posed a major challenge to the commission; he however maintained that they will continue to strive and will not relent in their pursuit of corruption.