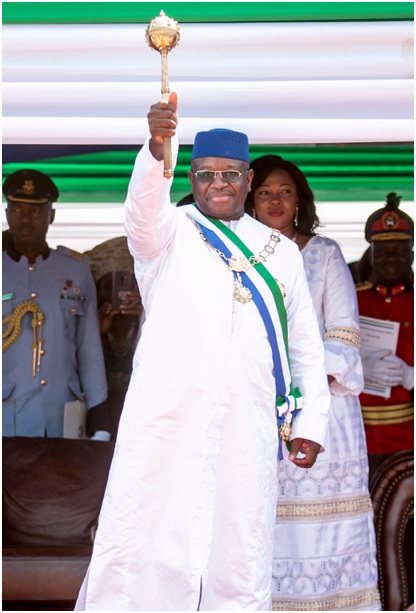 Secondly, it is a fact that, a number of past leaders including two former presidents, two former vice presidents of Sierra Leone, in addition to a number of foreign presidents and foreign government representatives were in attendance.

Furthermore were hundreds of thousands of people from all walks of life who thronged the Siaka Stevens Stadium in Freetown.

Though it might not be significant, many believe that the fact that President Bio’s birthday coincided with the date for his official inauguration is a very good sign.

Supporters of the SLPP at the Siaka Stevens Stadium on Saturday were exuberant and excited and were full of praise for President Bio who when he graciously entered the stadium among thunderous applause. However, the ceremony was slightly marred with instances of people passing out due to overcrowding.

The high attendance of foreign dignitaries to the event, coupled with the special delegation sent by US President Donald Trump to attend the event is another clear indication that the months and years ahead would see progress, commitment and cooperation of Sierra Leone’s partners in the socio-economic development of the country.

When all is said and done, the conduct and outcome this particular inauguration ceremony, added to the fact that the amount of Leones used to stage it is far less than what was utilized at the last inauguration ceremony, is a determinant factor of good governance in the months and years ahead of this great nation.