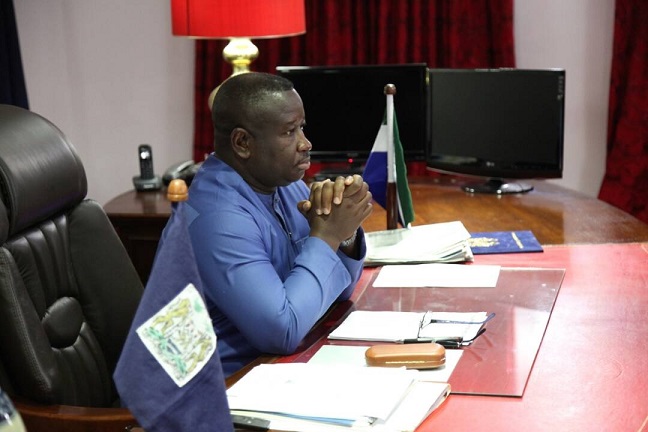 He said his government is concerned about the ongoing impasse at the Sierra Leone House of Parliament adding that he is determined to return Parliament to normalcy working in line with the laws of the land.

President Bio also thanked the ECOWAS Parliament for their mediation efforts during the just concluded general elections as well as their timely intervention in salvaging the current problem in the House of Parliament.

Vice Chairman on Administration, Finance, Budget Control & Audit Committee at the ECOWAS Parliament, Rt. Hon. Edwin Melvin Snowe, Jr. on behalf of the West African Parliament congratulated President Bio on his victory. He said that the Parliament has been monitoring proceedings in Sierra Leone up till the swearing in of President Bio. Hon Snowe also used the opportunity to pledge the Parliament’s support to Sierra Leone especially in safeguarding and maintaining the nation’s democratic values.