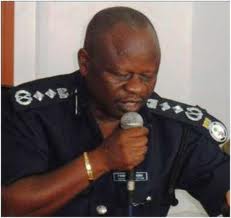 Daddy George, a supporter of another presidential contender John Benjamin, died last night after he had been stabbed allegedly by one Mohamed Fonnie who has been linked to Julius Maada Bio also interested in becoming standard-bearer of the party.

Bio has “unequivocally and unreservedly” condemned the killing referring to it as “unacceptable, unnecessary and unjustified”. In a press release, he called for the killer to be punished.

The head of the police in the region says Fonnie has been arrested at the Bandama Checkpoint as he attempted to flee Kenema. AIG Alfred Karrow-Kamara told Politico that a second suspect had been arrested with three more declared wanted. They include one Abdul Gudus Koroma said to have been named by Fonnie as the person who actually stabbed the deceased.

There were reports of reprisal attacks today by Benjamin supporters to avenge the death of their colleague. The police say they urged Mr Benjamin who went round the town to appeal to his supporters for restraint.

Presidential election due not later than February 2018