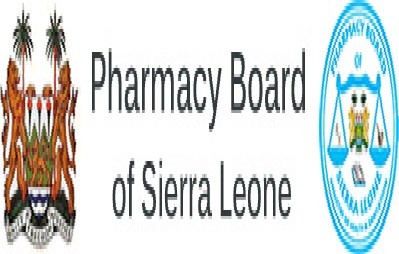 He said 95% of this figure is accounted for by non-governmental organizations (NGOs); adding that only 5% of this are accounted for by the government and private sector as well. From this allocation, he continued, only 40% was imported by the government.
Highlighting some of the challenges faced by the Board, Mr. Johnson said the competition among wholesalers and retailers is a serious problem; being that wholesalers sell a drug at the same price to both the retailer and the consumer. He said that is why retailers buy stolen government and NGO drugs.
Another problem, he stated, is that the transportation of medicines on baskets and wheel barrows is common.

This, he said, does not add value to the profession. Another challenge, he said, is the distribution of pharmacy stores as there are more stores in the urban areas as compared to the rural areas.

He stated that places like Pujehun and Port Loko do not have any private pharmacy.
In order to address these issues, Mr. Johnson said that only retailers will be permitted to run shops next year. No wholesaler or distributor, he said, will be allowed to own shops and that anyone who would violate this rule will have his or shop shut down.
The Registrar of the Pharmacy Board Sierra Leone also stated that by next year, importers should have distribution facilities in order to stop the degrading manner in which drugs are transported.

“Wholesalers should distribute to retailers,” he stressed.
The Registrar further clarified that: “Import permit will only be given before, but not after the drugs have been imported into the country.

“No prescription drugs should be placed on counter and all pharmacies must have land phones and internet facilities, in order to enable pharmacist check for drugs interactions. Pharmacies at lorry parks would be closed”, he maintained.
Furthermore, he said they would identify areas without pharmacy at chiefdom headquarter level and will allocate shops to those areas.
Participants at the meeting welcomed the proposed plan but some questioned the stability of those private pharmacies that will be allocated at the chiefdom level.