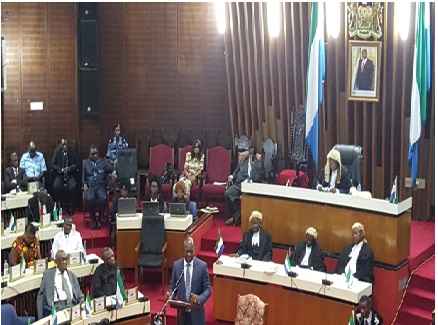 During his presentation at the well of parliament, the Minister of Finance and Economic Development, Dr. Kaifala Marah said both agreements are in line with the agenda for prosperity. He referenced human capital development and poverty reduction particularly for the aged in 12,000 poverty stricken households across the region in the country.

The Chairman for the Finance Committee in Parliament Hon. Hassan Sheriff commended IDA for both agreements that are aimed at reducing poverty in their constituencies in the country, and the provision of supplementary support to the national budget.

These ratifications mark the final in this session of Parliament as the parliamentarians and parliament go on recess until next year.