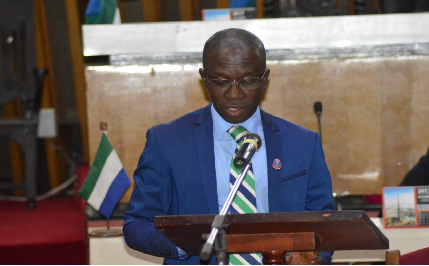 MPs, who spoke on the bill, welcomed the initiative of the Minister and wished him well in overseeing the sporting fields in the country. The bill was finally passed into law with some amendments.

In another development, Parliament has also ratified two agreements from the Energy Ministry and Ministry of Trade and Industry.

Agreement between the government of Sierra Leone  represented by each of the Ministries of Finance and Economic Development , Trade and Industry and Agriculture, Forestry and Food Security (hereafter called” GoSL”) and Kissy Industry and Trading Company  Sierra Leone Limited established under the Companies Act of 2009 and registered under the laws of Sierra Leone with company certificate of incorporation  number SL 090616 kissy 003372, and with its registered office at Kissy Industry and Trading Company Limited ,Oil Refinery, Queen Elizabeth Road, Kissy Dockyard, Freetown Sierra Leone.