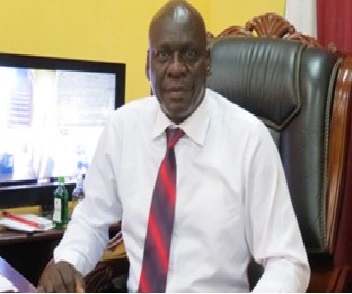 The mayor disclosed that the council is owed over Le 11 billion in tax arrears. Mayor Gibson revealed that the non-compliance of tax payers is depriving the council of its needed revenue to run the operations and meet its set goals.

He threatened taking harsh actions against property owners within the municipality who are not complying with their obligation of paying property tax.

The mayor told newsmen that only 25 percent of property owners are complying by paying tax to the Council, while noting they had strategized ways of retrieving the money owed by others.

Mayor Franklyn Bode Gibson revealed that this month the council will heave defaulters to court in ensuring they comply with their tax obligation.

He exposed to media practitioners that the Performance Contract Secretariat initially demanded that the Council use 30% of its annual revenue to pay salaries of staff. He went on to state that if they go by such directive they would end up relieving 78% of the Council’s staff.

The mayor furthered that prior to him assuming office the council owed the National Revenue Authority (NRA) about Le20 billion in debts. He proudly pointed out that they have paid over 95% of that debt upon assumption of office.