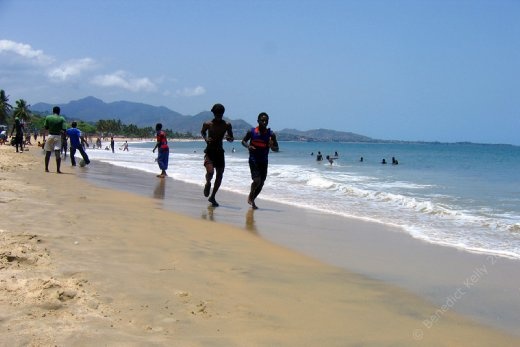 On this note, the NTB has decided to collaborate with the Genestar Entertainment who are staging a Beach Fiesta and Talent Exposure at the River No.2 Beach which happens to be one of the most Beautiful Beaches in not only Sierra Leone or Africa but the World Over. The Beach Fiesta will help to sell the Positive image of the Country hence Tourists the World Over including Hotels and other Tourism related institutions will be taking part in this first of its kind Beach Program in the Country.

Ahead of the Occasion which is slated for the 23rd December 2017, the NTB and Genestar entertainment have decided to engage in sober publicity and advertisement on various media outlets including the social media so as to raise public awareness about the program. A representative from the NTB and that of Genestar Entertainment will be taking part in different talk shows on Radios and TV Stations geared towards popularizing the program.

Topics such as rationale behind staging such a program as listed above, date and time of the program, partners and sponsors, benefits of the program to the nation and subsequent editions are expected to be discussed during the media and publicity tour.