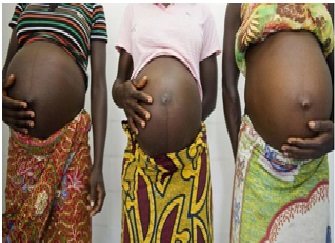 The call was made in a press release issued yesterday 5th October, 2017 in Freetown where the Government of Sierra Leone was urged to work towards reviewing all discriminatory practices against pregnant girls’ right to education and to also recognise the importance of quality education for all children.

The NGOs believe that education is a fundamental human right that is essential for the exercise of all other human rights, yet this right is being denied to pregnant girls in Sierra Leone through the pronouncement by the ministry of a ban on pregnant girls.

During the 2014/15 academic year alone, the release went on, it was estimated that over 15,000 girls got pregnant when schools were closed by the government as part of its strategy to stop the spread of Ebola.

It went on that the literacy rate for females aged 15 and above stands at 26.8%, compared to 50% for males, adding that teenage pregnancy is mostly associated with poverty, poor parenting, and inadequate understanding of sexual and poor reproductive health.

The release went on to say in 2015, data from the Family Support Unit (FSU) of the Sierra Leone Police shows that the rate of reported cases of sexual penetration on children increased from 2,124 in 2014 to 2,398 in 2015.

“Pregnant girls; regardless of their status are first and foremost children. Banning them from attending formal education is a clear violation of their right to education and it is never in the interest of the child” the release stated.

The NGOs therefore urged the government to fulfill its international and regional obligations by expeditiously and completely lifting the ban on pregnant girls attending formal schools.

Secondly, calls for the enforcement of the Sexual Offences Act of 2012, holding perpetrators of sexual harassment, exploitation and abuse against women and girls and above all, making clear provisions for practices that support and protect pregnant girls within the formal education system, as well as in their communities against stigma and discrimination.

Responding to a question of what the joint NGOs are doing to first prevent the young girls from being impregnated before calling on the government to lift the ban, Abdul Manaff Kemokai – Executive Director – Defense for Children International in an exclusive interview said they are currently engaging government and stakeholders on how to map out policies protecting young girls from being abused by men and boys.