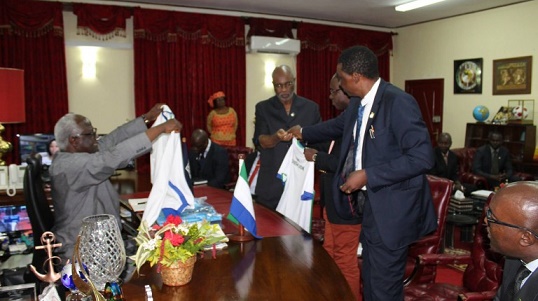 Welcoming the delegation, the president said he was left with no option but to authorize the team and their executive to participate in the games while expressing hope that the team would gear themselves up to do well in the Olympic Games. He however cautioned the executive to beware of security threats around the world and ensure that they put in place every measure to keep themselves safe and protected.

Thanking the Head of State, Dr Patrick Coker said the executive body will be leaving the country on Wednesday August 3 to join the Sierra Leone athletes already in Brazil. He presented a blazer, one jersey and official pins to President Koroma and announced that the delegates are returning home on August 17, 2016.