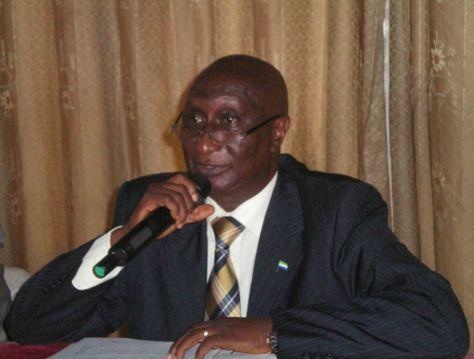 The minister said he was happy to join eminent geoscientists who had served the country and those that were coming up to launch the institution.

“I must say that this development is long overdue, when one considers that Sierra Leone is well renowned for mining and the significant contributions the minerals sector has made to national development. However, as the saying goes, it is better late than never”, he said.

He therefore urged the new organization to better serve Sierra Leone, adding that he was more than happy with their theme.

Part of the ceremony was the induction of members of SLIG. The membership was divided into four categories, ranging from ‘fellow’ to ‘student’ each with a membership number.

The organization also launched its website to serve as a place for information and an interaction for its members. The launch of the website was done by the permanent secretary in the ministry of mines, Mrs Fatmata Mustapha.