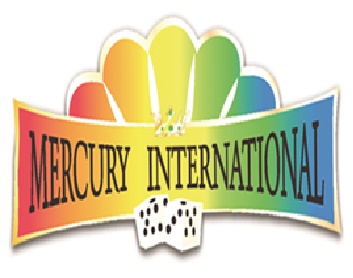 On Monday 5th July 2016, Mercury International hosted the highest winner in the ongoing 450 Jackpot draw in the person of Mrs. Betty Hooke alongside journalists from both the Print Electronic Media to witness the presentation of one hundred eighty seven million, one hundred thirty thousand, two hundred Leones cheque to Mrs. Betty Hooke at a colorful ceremony held at the company’s Headquarters at Siaka Stevens Street in Freetown.

Presenting the Cheques, the Managing Director of Mercury International, and Martin Michael said his company has a clear cut objective and policy of providing opportunities for it valued and distinguished subscribers to pursue and translate their hopes, dreams and aspirations into reality.

He informed the well attended ceremony that, the 450 Jackpot draw was introduced in March this year, adding that this past Friday 1st July the company decided to launch another draw which, he said was won by Mrs. Betty Hooke.

The Managing Director of Mercury International, Martin Michael expressed optimisms that, the one hundred and eighty seven million, one hundred thirty thousand, two hundred Leones cheque presented to Mrs. Betty Hooke as the  highest winner of the 450 Jackpot Draw is a handsome amount and a golden opportunity in transforming her life.

He went on to state that, his company will continue to provide such opportunity to its agents and subscribers to win million of Leones every day, adding that Mercury International is on record for providing four billion, two hundred million Leones to various institutions and communities in the country as part of his company’s  Corporate Social Responsibility.

Martin Micheal concluded by stating that, ten percent withholding tax was deducted from the one hundred and eighty seven million, one hundred thirty thousand; two hundred Leones won by Mrs. Betty Hooke and was subsequently handed over to the Public Relations Officer of the National Revenue Authority.

Receiving the Cheque, Mrs. Betty Hooke jubilantly expressed thanks and appreciation to management and staff of Mercury International for such opportunity and assured the company that she will utilize the money wisely, while canvassing and encouraging Sierra Leoneans to have faith in the 450 Jackpot Draw as it has injected many smiles and happiness into her life.

Betty Hooke said, she spent fifty two thousands Leone to play the 450 Jackpot Draw and that, on the very Friday night her husband forecasted  till 3pm and  in the following morning, her husband came up with four balls which she said, she crisscrossed to hit the Mercury 450 Jackpot draw.

On his part, the Public Relations Officer of the National Revenue Authority, Mohamed Bangura noted that Mercury International has always demonstrated compliance with the authority in the area of ensuring that withholding taxes are deducted from it lucky subscribers in consonance with the authority statutory regulations.

He encourage other betting companies to emulate the good examples of Mercury International, stating that many countries around the globe today  enjoy economic boom as a result of the readiness and willingness on the parts of  its citizenry to comply with their country’s  tax regulations system.