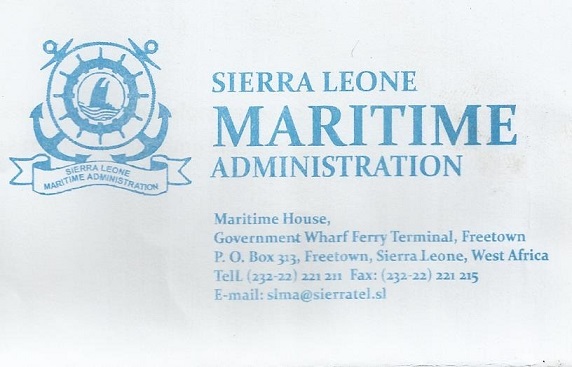 Oil spill is the release of a liquid petroleum hydrocarbon into the environment, especially marine areas due to human activities, which is a form of pollution.

In his statement, the Acting Executive Director of Sierra Leone Maritime Administration, Alpheus Cole said after the grounding of the Torey Canon in 1967, which was the first major oil spill involving an oil tanker, the International Maritime Organization developed numerous conventions, regulations and codes including the Marine Pollution Convention (MARPOL) to oil spillage. He added that being that oil spillage continued over the years, the International Maritime Organization (IMO) has developed other legal instruments such as the Oil Pollution Preparedness Response and Cooperation Convention (OPRC) as a means of preparing for and responding to oil spills from vessels, oil terminals, oil rigs and platforms.

He stated that since the Sierra Leone Maritime Administration is the statutory body for the implementation of IMO’s instruments for shipping, it is therefore incumbent on the institution to meet its responsibilities as enshrined in these international conventions and regulations. He maintained that in May last year, a workshop was held to finalize the National Oil Spill Contingency Plan for Sierra Leone, adding that the plan is mandatory for all countries to the OPRC Convention which stipulates response options, strategies, equipment and personnel required to respond to small or medium spills in coastal waters.

Speaking at the workshop, the Deputy General Manager of Sierra Leone Ports Authority (SLPA) stated that government through the Ministry of Transport and Aviation in partnership with (SLPA) and other agencies are mindful of the importance of precautionary measures and prevention in avoiding oil pollution in the first instance, as well as that in the event of an oil pollution incident, prompt and effective action is essential in order to minimize the damage which result from such an incident. He stated SLPA’s commitment in ensuring that appropriate measures are taken in accordance with all relevant local legislation, regulations and standards of best industry practices and all relevant international conventions acceded to, ratified or entered into force by government.

In declaring the workshop open, the Minister of Transport and Aviation, Balogun Logus Koroma said Sierra Leone is at a crossroad, as it enters a new phase in its developmental aspirations after having conquered the Ebola scourge, noting that government is now concentrating its effort to advance pre-Ebola achievements which made Sierra Leone one of the fastest growing economies in Africa. He therefore said the workshop to validate the contingency plan cannot be held at a better time considering the present phase in the country’s history.

The Minister of Transport and Aviation said Sierra Leone will soon face huge increase in vessel traffic, because of the economic growth potential and therefore, it is prudent that Sierra Leone has its National Oil Spill Contingency Plan validated, which is crucial in the preparation for and the response to an oil spill incidence in our waters. He stated that this plan will ensure that an oil spill, whether accidentally or operationally discharged, can be quickly controlled and recovered, thereby minimizing its adverse effect on our country’s socio-economic fabric and our pristine marine environment.