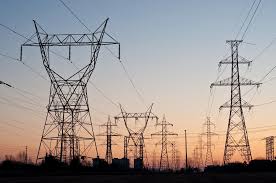 Since the provision of energy supply in Makeni five years ago, consumers sometimes have to go for either weeks or months without constant electricity supply in almost every operational year. Due to this inconsistency, users have been expressing their dissatisfaction over the years- stating that the routine power hitch normally experience annually did affect their businesses especially for those who trade in perishable goods and electrical appliances – as the interruption increases the cost of production and maintenance.

As the spate of armed robbery has become evident in many towns and cities across the country including Makeni, many residents are with the conviction that the interrupted power supply for certain period will not only affect the socioeconomic well-being of the municipality but also has the potential to spike banditry especially to neighborhoods in the periphery of the municipality which will have to go for days without energy Supply; and ill motivated guys might use blackout as an undercover to execute their dubious acts, some residents expressed.

The Electrification and Distribution Supply Authority (EDSA) manager in Makeni confirmed that the shot down was not intentional but a yearly practice to maintenance the Hydro Electric Power Dam at Bumbuna. Engineer Abdul Musa went further to say that the process or exercise of maintaining the dam will last for two weeks period commencing Monday May 22nd.

Musa continued to state that the essence of the routine maintenance of the dam is to prevent irreparable damage of equipment and meanwhile to ensuring sustainability of electricity supply not only for the people of Makeni, but the country at large.

He assured the general public that shedding will be instituted using thermal plants as a way of substituting the Bumbuna Hydro Electricity Supply.