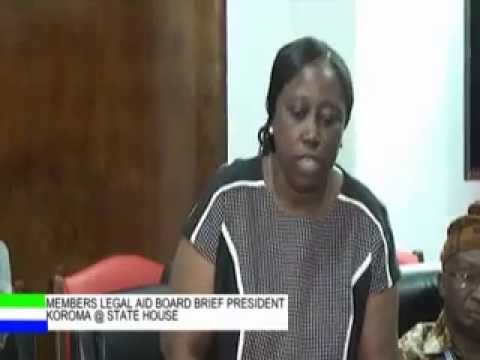 Mambu Feika   noted that “the issue of vehicle to convey inmates to and from court remains to be a huge challenge in the Moyamba District, inmates usually missed their court session in Taima because there is no vehicle to convey inmates to court, the same happened in Gbangbatoke, Prison Watch Sierra Leone are challenged and finding it extremely difficult to represent inmates in Moyamba District, especially inmates in Taima and Gbangbatoke.”

He mentioned that during the monitoring visit, a lot of human right violations, inhuman and cruel treatment were noticed and that in the Kambia District where a lady maliciously beaten a twelve years old girl for stealing, as he promised that his organization would ensure justice being dispensed.

He maintained that his organization would follow the case of Tamba Fasuluku who died in police custody on April 3 2014, at the approved school. The case of the young boy could set a precedent, he added.

“I will try all I can to ensure Tamba Fasuluku has the justice he deserved and I don’t mind dying for that particular course, afterwards it always better to die for something.” Feika stated.

Project Manager, Prison Watch Sierra Leone, Ahmed Jalloh stated that their organization partial work  ensued monitoring detention centers and that their organization interested in investigating human rights violation of inmates in detention, as he confirmed that based on their monitoring processes, they have detected so many ill human degrading treatments across detention centers in Sierra Leone.