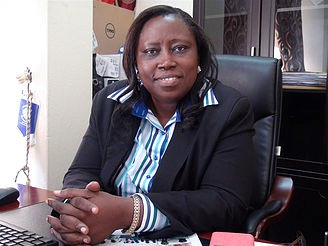 Ibrahim Kallon had gone to the New England Police Station on Friday evening, January 27 to monitor a matter involving two children of the Children’s Forum Network (CFN). The matter had been referred to the police by the Minister of Social Welfare, Gender and Children’s Affairs, Dr. Sylvia Olayinka Blyden.

The securing of bail for the last remaining suspect resulted in wide celebration from tens of CFN members including its national President Paulina Bangura who were present in the vicinity. They sang the praise of Ibrahim.

Developments took a turn for the ugly when Ibrahim posted a message on social media that he has been arrested. He was consequently transferred to the Central Police station where he was detained for three days. All efforts to secure bail proved futile. No reasons were given for this despite questions to the effect.

The Executive Director of the Legal Aid Board has in a press statement called on the members of the public to respect the rights of both parties in this matter. ‘As a legal aid organization, our interest in this matter is to ensure both parties are treated equally before the law and also access justice in fair and transparent manner.’ Ms. Carlton-Hanciles stressed.

Ibrahim Kallon is represented by a private lawyer, Joseph Ben Kaifala who will be joined by Lawyer Emmanuel Saffa Abdulaia leading human rights lawyer. Lawyer Abdulai who is presently out of the country will be in court at the next adjournment date.

This matter has aroused a lot of interest from children’s organizations and human rights activists including Abdul Fatorma of the Center for Human Rights and Development International (CHRDI).