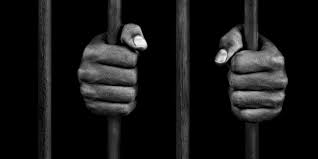 He made these statements when a murder case allegedly involving a juvenile pupil in Freetown, brought from the juvenile detention centre at Kingtom, commenced in the high court this week.

The State Counsel also expressed fear that although the country’s law books did not legitimize the incarceration of juvenile offenders in state custody for offences of such nature, he was not comfortable that the court could put alleged juvenile murderers in the custody of his parents ahead of subsequent court proceedings.

Barrister Sesay further noted that the accused was with his parents when he allegedly committed the capital offence and that if he was put in their custody there was the likelihood that he might commit another grave offence.

At this juncture the presiding judge maintained that he had always felt uncomfortable to adjudicate murder matters involving juveniles, adding that considering the fact that the accused was below the age of 18, the court would consider another line of action.

He said, he would consider bail for the accused, name withheld, on next adjourned date but that he would put him in the hands of his parents, who would be accompanying him to continue with the trial on every adjourned date until the matter could be determined by the court.

The accused was alleged to have murdered 17-year old, Amadu Jalloh, in Freetown, contrary to offences against the persons act of 1861.