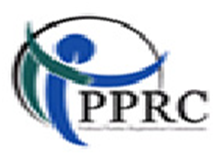 Mrs Moseray’ s recent action, in instructing the National Electoral Commission to adopt as the legitimate, a candidate put forward by the rogue, former deputy National Chair of the SLPP, Prince Harding, who was expelled from the party on 4 January 2017, over the legitimate named by the National Chairman, Somanoh Kapen, compromises the integrity of the PPRC and represents a significant threat to the democratic gains of the nation.

In view of the pending national elections slated for February 2018, it is now very critical for effective and independent leadership of the PPRC should be put in place.  The vacuum created by the delay of Ernest Bai Koroma, to appoint a new chair, following the death of Justice Tolla Thompson, has resulted in a significant deterioration in the management of the PPRC in such a short space of time, which should leave any Sierra Leonean to be concerned about the state of the PPRC at the time of the elections in February 2018.

Nothing in the constitutional mandate of the PPRC documented below, authorizes the PPRC to speak or act on behalf of any political party.

So Zainab Umu Moseray actions represent a significant conflict of interest, breach of the mandate of the PPRC and brings the PPRC into disrepute and it is incumbent on the Commissioners of the PPRC to provide clarity about the legality of the actions of the Acting Registrar.

What should also be of concern is the actions of the National Electoral Commission in seeking clarification from the PPRC, rather than writing directly to the National Chair of the SLPP.  During the 2012 elections, the integrity of the NEC was questionable and proof that the NEC was in the pockets of the ruling APC was made all to evident with the ministerial appointment of Christiana Thorpe into the ruling APC administration.

The PPRC Act No3 of 2002 gives the Commission the mandate to:

1. Register and supervise the conduct of political parties in accordance with the 1991 Constitution and the Political Parties Act of 2002;

2. Monitor the affairs or conduct of political parties to ensure compliance with the constitution of Sierra Leone, the Political Parties Act, and the terms and conditions of their registration;

3. Monitor the accountability of political parties to their membership and to the electorate of Sierra Leone;

4. Promote political pluralism and spirit of constitutionalism among political parties;

6. To do all such things as will contribute to the attainment of good conduct of political parties;

Pursuant to Section 34 (5) of the 1991 Constitution of Sierra Leone, the Commission shall not be subject to the direction or control of any person or authority except in the circumstance where political parties are aggrieved with a decision of the Commission. In such a case, the party concerned may appeal to the Supreme Court of Sierra Leone and the decision of the Court shall be final.

Powers Of The Commission

The commission reserves the right to refuse to register political parties if they fail to meet the provisions stated in section 35 subsection (5) of the 1991 Constitution, to de-register a political party if it is deemed dormant or fails to meet other provisions stated in Section 27 of the Political Parties Act of 2002. Additionally, pursuant to Section 10 of the Political Parties Act, any person who willfully obstructs or otherwise interferes with the Commission or its members or officers in the discharge of the functions of the Commission commits an offence and shall be liable on conviction to a fine.

And with PPRC not adhering to its statutory mandate as enshrined in the 2002 Act and also not acting objectively, many observers are now asking the question whether the ‘PPRC now a compromised body that is not fit for its purpose?