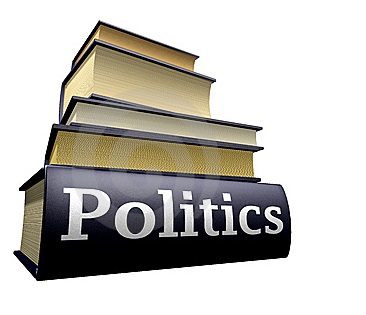 In the just concluded bye-election in Ward 002, the governing APC increased their votes from 5.3 percent to a whopping 40.1 percent much to the chagrin of SLPP members and supporters. Apart from Constituency 003 which has an APC origin from the days of the late Hon. Tamba E. Juana, nobody would have thought that the APC would get such result in the central part of Kailahun that was notoriously SLPP. But what is responsible for the sudden increase of APC votes in Kailahun District?

I believe that Hon. Robin Faley is the great strategist behind the growing support for the ruling APC Party in Kailahun District given his outreach activities in the areas of education, support to youths, women and children, and his promotion of cultural diversity, tribal and regional tolerance which has made him a political icon in that district.

Hon. Robin Faley may not be a likeable politician to the other side he used to belong, but he is sincerely loved by his people especially the young people who see him as their political advocate. He is a fearless politician that is unafraid to always stand by his opinions no matter whose ox is gored. The eloquent politician has the courage and power to convince and people admire him for that. Even his opponents in the SLPP do admire him for courageously taking the APC to higher height in the district since he pitched tent with them in 2012.

Hon. Robin Faley’s partnership with the Minister of State East, Mr. Maya Moiwo Kaikai, who also hails from Kailahun District, was an icing to the cake in the just concluded bye-election in Ward 002. Their partnership seemed to have paid huge political dividends for the Ernest Bai Koroma led new APC in that particular bye-election which they lost narrowly to the SLPP. If that partnership between the two industrious politicians is maintained, I am sure the APC will do much better in future elections than the previous ones.

Another reason why I believe the APC has started making waves in Kailahun District is the remarkable development strides which the Ernest Bai Koroma administration is making in the nook and cranny of the district. For example, the construction of the Kenema/Pendembu highway alone has made tens of thousands of Kailahun indigenes to appreciate the good work of the APC Government. There are many other development programmes in that district that have been successfully implemented for socio-economic development. I am sure the APC will capitalize on those development projects to woo more support in Kailahun District to win future elections.

For the APC to woo more support to defeat the SLPP in Kailahun District, the Ernest Bai Koroma administration should ensure that the phase two of the Kenema/Koindu highway is completed before the next presidential and parliamentary elections. That district had been deprived of good roads for donkey’s years and majority of its populace that is more or less engaged in agriculture have no access to the market especially during the raining season. So if the highway is completed, I am very much certain that the APC will be rewarded in return for their good work.

Also, for the partnership between Hon. Robin Faley and Mr. Maya Moiwo Kaikai to be sustained on to the next presidential and parliamentary elections, the APC should empower them to work assiduously for their people in Kailahun District. For instance, Hon. Robin Faley needs more resources to continuously embark on his outreach activities so that he could use them as an opportunity to bring more young people on board who are in the majority. I believe his continuous engagement with the youths, women and children of Kailahun District will yield some political dividend for the ruling APC.

I will not hesitate to say that the just concluded bye-election in Ward 002 is a strong warning to the opposition SLPP that should they continue tearing themselves apart for selfish reasons, Hon. Robin Faley, who is as determined to make a niche in the temple of fame, will successfully plot their downfall in Kailahun District.