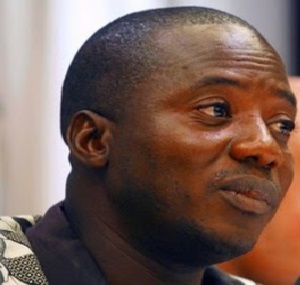 Speaking at the ceremony, the chairman for the occasion, Emmanuel Saffa Abdulai said state institutions should be held responsible for the violation of human rights. He said the theme for this year’s celebration which is ‘our rights, our freedoms always’, was pertinent to the Sierra Leonean context where poverty is the greatest challenge. The chairman called for the constitutionalisation of the economic, social and cultural rights.

“As human rights defenders when government does something good, we commend but we should know that it was their responsibility,” Emmanuel Saffa Abdulai said.

The Executive Director of Center for Accountability and Rule of Law, Ibrahim Tommy reiterated that though Sierra Leone was making progress in the area of Civil and Political Rights, attempts at regulating the Civil Society Groups and NGOs will undermine their activities. He also frowned at the continued existence of the seditious libel and defamation laws.

Reading the message from the Human Rights Commission of Sierra Leone, the Vice Chairperson, Daphne Olu Williams said this year’s celebration is geared towards promoting and raising awareness of the two Covenants – the International Covenant on Civil and Political Rights and the International Covenant on Economic Social and Cultural Rights on the 50th anniversary of their adoption. She also stated that it also brings to mind the four freedoms that underpin the international bill of human rights which are as relevant today as when these covenants were adopted 50 years ago: namely, freedom from fear, freedom of speech, freedom of worship and freedom from want.

She used the occasion to urge parliament to repeal the seditious libel provisions of the Public Order Act of 1965 to ensure unfettered freedom of the press, and encouraged government, to continue to take measures that would ensure the strengthening of the peace and democracy in the country.

Commissioner Olu Williams also called on government to strengthen the health sector to enable it provide adequate and affordable health services for all,  mobilize adequate resources to improve on the water situation and to provide affordable housing and relocate all those living in slum communities and disaster prone areas throughout the country.

The Attorney General and Minister of Justice, Frank Kargbo who was the keynote speaker affirmed Government’s commitment for the upholding of people’s rights and respecting their civil liberties. He mentioned that the Country’s Agenda for Prosperity encompassed human rights based approaches. The Attorney General stated that government would continue to establish more democratic institutions to meet the demands of the people.

The meeting was geared towards re-visiting the actual meaning of scaling up nutrition (SUN) and reviewing the successes and challenges in 2015.

Speaking at the meeting, the National Coordinator for Scaling Up Nutrition in the Office of the Vice President Mohamed Foh said the project has as its main targets women and children, and by extension the prosperity of the country.

He pointed out that nutrition could be considered a crisis because it hinders national progress and that it cut across women, children and adults, but that the people most affected are children between the ages of zero and two.

He went on to state that they have worked with the civil society platform in bringing together sectors from fisher men, market women, teachers, the media; NGO’s local and international so that they can work together in reducing and ending food malnutrition in Sierra Leone. He added that they can be proud that they even opened their door and received Liberia civil society platform to Sierra Leone who came to learn from Sierra Leone, to amend some of their challenges which include coordination and funding.