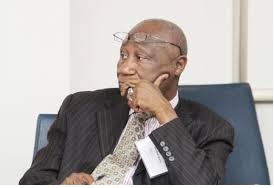 Making his submissions before Justice Musu Kamara of the High Court of Sierra Leone on Monday 9th November 2015, Lawyer Emmanuel Saffa Abdulai told the court that the Independent Media Commission’s Complaints Committee was established to look into complaints from the public, prepare and submit its reports or recommendations to the Commission.

According to the Learned Barrister, the Minister of Transport and Aviation, Leonard Balogun Koroma and the Inspector General of Police, Francis Allieu Munu filed a complaint to the Independent Media Commission in which both respondents accused the Producer and Presenter of the Monologue Programme. Dr. David Tam Baryoh of broadcasting derogatory comments, exposing them to public ridicule, among other things.

He argued that if the framers of the Independent Media Commission statutory provisions wanted the Executive Secretary or the Commission to take instant decision on matters of such nature, they should have not created the Complaint Committee, adding that if the Commission thinks, it has the powers to take instant decision on such matters, it should not have sent the reports to the Complaint Committee to look into it.

The moment a complaints was before the Complaint Committee hearing, he said it triggers a procedure which the Commission should have followed, stating that the suspension of the Monologue Programme was a violations of the principles of natural justice, meaning failing to hear both sides.

Lawyer Emmanuel Saffa Abdulai further argued that the Independent Media Commission violated Sections 31, 32, 33 and forty of the Commission’s Act of 2000 as amended by Act No.19 of 2007 to impose an Indefinite Suspension on the popular Monologue Programme on 104.7FM and also referred to it as harsh, excessive and disproportionate.

He concluded his submission by informing the court that there are specific punishments in Sections 10, 11,12,13,14 of the Independent Media Commission Act which it can impose on any defaulter, stating that the commission must learn to follow the laid down rules and procedures, whiles assuring that he will present tape and video recordings of the Complaints Committee hearing on the reports of Leonard Balogun Koroma and Francis Allieu Munu to the court on the next adjourned date.

he matter was adjourned to Monday 23 November 2015.