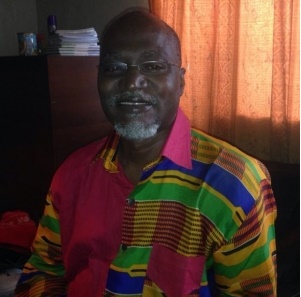 The Sierra Leone Standard Board Bureau had disclosed to me that after tests carried out since October, 2015, on 110 companies packaging water in Freetown, only 20 met hygienic standards the Bureau has set.

The newly-established Electricity and Water Regulatory Commission, and the health ministry, were made aware of this dangerous situation. The interviewer wondered why it was that over a month after my article was published, government, meaning the President, has not taken any action.

I pointed out that the government of President Ernest Bai Koroma has not only created and empowered relevant institutions to take action on such matters, but has also given the free hand to government media people like my humble self to bring such issues into the public domain. That brings me to the provocative heading of my article.

I am certain that some of the elite among pastors and imams would have read my article which clearly indicted one of the companies, AQUA ROYAL (on Pademba Road, adjacent to Christ Church), which has been selling dorti watta (dirty water) as pure water to unsuspecting consumers.

What did they do about it? What about the leaders in civil society such as lawyers, doctors, teachers, business people, etc.?

After seventeen years straight absence from home (Sierra Leone) after university, one thing that has perplexed me about Sierra Leone society since my return from Nigeria in 1995 has been the lack of concern, or activism, by leaders of civil society about even the most pressing issues that are injurious to society. Only a few civil society leaders were active even as RUF/AFRC rebels threatened to invade Freetown in late 1998. Most of the elite fled the country. Or, kept silent!

Shouldn’t the fact of unhygienic water being packaged and sold as pure water be of emergency concern to all Sierra Leoneans? What about the destruction of the SOURCE of drinking water in Freetown?

Maada Kpenge, the Deputy Managing Director of Guma Water Company, which daily supplies 78,000 cubic metres of water to 1,000,000 of the 2,000,000 people in Freetown (with about 40% loss due to leakages!) has this to say about the SOURCE of water in Freetown:

“We should really be more proactive in addressing the rapid destruction of the catchments as a result of deforestation, charcoal burning, housing construction, farming etc. …If we can protect the Western Area Peninsular Forest Reserve, then we will be able to preserve the sources available there for the next 50 years. The population of Freetown will only go in one direction, which is up. As a result, we need to make the best use of this natural resource. At the moment, everyone is paying lip service, and nothing constructive is being done to preserve the catchments.”

“The way and manner in which the Government of Sierra Leone is handling the protection of the Western Area Peninsula Forest Reserve, otherwise known as WAPFOR, is clearly showing that the government is showing and putting less attention in ensuring that this reserve is protected for the benefit of all Sierra Leoneans and generations to come.Standard Times Environment can authoritatively confirm that the encroachment rate at Sugar Loaf community has increased greatly with some people not only going beyond the buffer zone, but they are also going far to the newly demarcated forest boundary. All the young trees have been burnt down and there is no possibility of them growing during these coming years. (SOURCE: Sierra Leone Government must put more efforts in protecting the Peninsular Forest or risk EU’s three Million Euros; http://standardtimespress.org/?p=1909).

Why Global Water Challenges Call for Creative Advertising
Guma should be raising more alarm on this since with the water source being threatened, they could run out of business. But, Guma’s budget for public relations is laughable. As if they never heard of the words “public relations.” Maada Kpenge admitted to me that Guma’s PR is more reactive than proactive.

“The truth is, clean accessible water is becoming increasingly rare in its own right, as population and economic growth drive demand, and as water resources become more unreliable in the face of Climate Change. .. At the heart of this conundrum is the fact that we have lost our connection to water. Water, and the infrastructure that manages it, has always been the linchpin of human civilizations. The Tigris, Euphrates and Nile Rivers gave life to the first agricultural societies through irrigation.

Giulio Boccaletti warns: During the next two decades, demand for water will exceed current accessible supply by 40 percent, according to this McKinsey study, and the cost of supply infrastructure is growing every day. Well, it is not only our pastors and imams who appear oblivious about facts on the SOURCE of water, even in the West, most people are in the dark about this. How do we bring these underground issues to the surface when messages about the environment, let alone water, rarely make it above the everyday noise.?

Giulio Boccaletti’s solution: Get the glitz and glamour of advertisement companies to reconnect people to their water sources but, according to the author “This will require the environmental community breaking away from the data-saturated approach traditionally used to describe the global challenges we face. This is not easy, particularly because cause-related advertising is often starved of the necessary resources to secure creative talent and amplify messages at a scale that maximizes audience reach, Giulio Boccaletti writes.

This would call for visual artists, mobilizing filmmakers and writers that can create new powerful narratives that shape the way we talk about these challenges. And taking advantage of social media: Today, no campaign can exist without a digital strategy. People have the power to shape policy, fight for healthy natural systems, secure their water at its source and challenge companies and governments to make the smartest decisions possible on how to manage water. But these solutions won’t sell themselves. We must make water security a meaningful and personal part of people’s lives in order to drive communities, industries and governments to act. We have to get creative.

For us in Sierra Leone, one potent way is to goad and coax pastors and imams to get involved with issues of clean drinking water, and preservation and conservation of the forests in the mountains of Freetown. The love that the Islamic and Christian clergy preach about with such intensity gives them the mandate to provide leadership for the well being of those who put their meager earnings into their collection boxes.

Primarily, this means clean drinking water. Let me wait a week to see whether the relevant governmental authorities would take action on the issues raised. The President is watching!

And, the pastors and imams should hurry to pick up the gauntlet on water I have thrown down. They should provide water leadership!