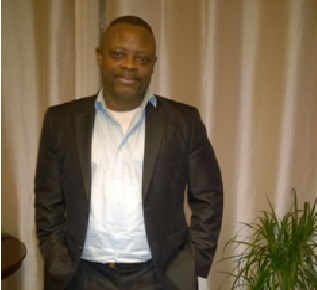 “I don’t know where some of the insinuations are coming from that I have thugs or I have the chiefs supporting me, all the Paramount Chiefs the constituency are very respectable people and they accommodate both parties and make sure that peace and tranquility reigns in the constituency so that we can have the most peaceful and credible bye election in the country.”

Tom says there is no need for panic because he is going to win the elections hands down because he is the most popular of the two and he has a very strong background in the area.

When asked how Tom Tucker is contesting election in Kono, He said he was born and raised in Nimiyama where his mother has even contested for Paramount Chief. He said the name has no problem in the district because it is a household name when it comes to helping and developing the youths.

“I have worked all of my life bringing development to the district and Sierra Leone; I was the one who brought London Mining to Sierra Leone. I have engaged in many other mining companies that have employed many Sierra Leoneans and have paid lots of taxes.”

Tom Tucker says there is no way he can lose the elections because on the ground it is evident that APC is the dominant party on the ground. “When SLPP is campaigning, they are struggling to attract the attention of the voters, but when we come out you see the enthusiasm of the voters and supporters coming out in their thousands to show their loyalty and determination for us to retain the seat.”

Tom Tucker said he has been in and out of the country and when his uncle the late Hon. Tortu died then he was approached by the people to represent the party and continues his late uncle’s plan to develop the constituency and the district as a whole.

The APC candidate averred that he has enough support from the party and he has been boosted by the presence of the district Chairperson Diana Konomani who has been very helpful in canvassing more support for him.

He said he is calling on other APC members to come onboard and join him in his campaign as he prepares for a landslide win that will take him and the party to Parliament. “I want the soul of my late uncle to be at rest and know that APC still maintain the 025 Constituency seat so that he can always be at rest.”