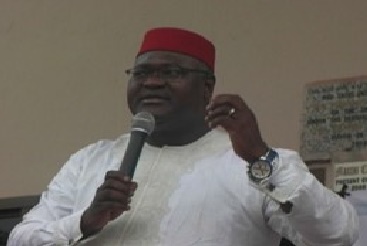 The Attorney General said for individual to succeed in life he must respect his leader and share his vision which, according to him, is the steps he had been following. He said President Koroma loves the country with very good vision which he cannot implement alone against which backdrop he was called by coach ‘Messi’ Koroma from the reserved bench of the APC party to come in as a substitute in the capacity as ‘Ronaldo.’
Mr. Kamara said “My coming into the political arena is to help President Koroma by bringing his government closer to the people because as politicians we are serving the people and not the other way round. Our APC party beliefs in giving equal opportunity to everyone to serve in whatever position of trust because we need each and every one of you out there,” he stated.
The Attorney General said residents in Bombali are peaceful because they are respecters of leaders especially President Koroma and also ready and willing at any time to share his vision for the country.  He thanked the organizers of his welcome visit especially the Transport Minister, Deputy Speaker of Parliament, Adviser to the President, Honourable Kemoh Sesay, Deputy AAC Commissioner, party stalwarts, among many.
Mr. Kamara recalled that years back while he was a young boy they used to assist their aunt to sell palm oil but because the APC Government is willing and ready to give opportunity to everybody despite their location, he is now the Attorney General and Minister of Justice. He said he wants to share the party vision with all, no matter where you find yourself. At the moment the leadership of President Koroma believes in total involvement because he as President cannot do it all by himself.
The Attorney General promised of taking big time education to that part of the country, pointing out that his people for far too long had been accused of being undereducated. He said they will ensure bigger markets are created for the business sector as boost to small scale businesses and other sectors in life as he encouraged all to embrace President Koroma and the present APC government and serve the people of this country with diligence.