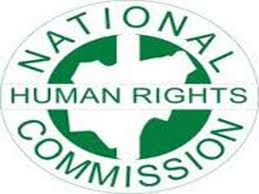 The HRCSL with funding from the Office of the High Commissioner for Human Rights (OHCHR) considered to build the capacities of these LUCs who will be involved in providing the required security services to businesses, workers and communities so that they will be positioned to address human rights challenges arising out of those business operations.

The Chairman said considering the impact businesses have on the government and people, it should be imperative the culture of human rights is being embedded in their operations where ever they are.

Looking at the aspect of the crucial nature of security for the operations of businesses in the country, the Chairperson called for an effective service delivery that should be anchored on the level of professionalism. He called on the Police officers that in their primary responsibility of protecting lives and property, they normally intervene on industrial crises or conflicts between companies and members of host communities. “your mode of  operation therefore determines the extent to which such situations are successfully resolved” he told them.

Commissioner Fornah commended the Police for their commitment and sacrifice for the nation’s security and economic interest, and welcomes their zest for the collaboration with HRCSL in achieving the collective drive of to protect and promote human rights in Sierra Leone.

The Oversight Commissioner for the Directorate of Monitoring and Research, Rashid Dumbuya taught the basic principles on the use of force and firearms by law enforcement officials adopted by the 8th United Nations Congress on the Prevention of Crime and the Treatment of Offenders signed in Havana, Cuba on August 27-7th September 1990.

The documentary on a demonstration of Marakana mine workers in South Africa was screened for the Police officers to assess how they could respond to security threats, deal with striking workers and pressure from above.