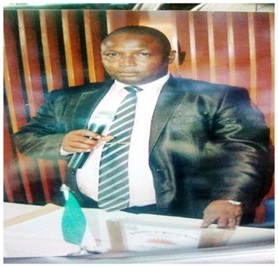 In the Well of Parliament, Hon Jawara started his landmark contribution by commending the Finance Ministry and the Government for presenting what he referred to as  a comprehensive budget that ‘touched on all spheres of the country’s determination to push the Agenda for prosperity forward.’

He said the budget basically outlined actions by government on how to spend and generate income and the deficit and surplus of our revenue base as a nation. He briefly reflected on the past 2015 budget where he informed colleagues that government addressed most of the issues outlined in the budget, even though we were living with the threat of Ebola.  He said he was most impressed that government fulfilled the across the board salary increment of 15% and the insistence that the net wage for every worker to be five hundred and thirty thousand Leones (Le530, 000.00) per month at the minimum.

He however went on to say that because of the Ebola crisis, government could not meet all the targets which could not be good news for the country but on the other hand, he said what was amiss in 2015 would be addressed by the comprehensiveness of the 2016 budget. “So the 2016 budget is a budget of prosperity and to put better, it is like what they say in Latin, “Per adra ad astra,” meaning from “difficulties to success.”

Continuing his contribution, Hon Jawara said he was not surprised that the 2016 budget would serve as the basis for the Agenda for prosperity as propagated by President Ernest Bai Koroma who had often said that he will lay his life for the youths of this country.

He particularly commended the budget as it made no reduction in allocations to MDAs. “In fact some MDAs got more allocation this time round,” he proffered, adding that those MDAs whose allocations were slashed or reduced failed to meet their targets. “It has been clearly said by the Finance Minister that they did wide ranging consultations and worked with all facets of the society to ensure that none was left out so those who could not adhere were the problem not the Ministry.”

Hon. Jawara concluded that he would wish to see all MDAs performing their constitutional roles to help promote the President Ernest Bai Koroma’s dream of the Agenda for prosperity. “I expect every Ministry, Department and Agency to perform and not to rely on business as usual.”

He also took the opportunity through this medium to call on his constituents to work with the government to actualize the Agenda for prosperity. On his personal contribution to his constituency since he entered the House, Hon. Jawara disclosed that he has made rapid development as he has embarked the rehabilitation of roads and bridges. “By the close of 2016, Constituency 100 will be on to in terms of development,” he said.

It could be recalled that Hon. Mohamed Jawara won the Parliamentary seat in Constituency 100 in a bye election following the resignation of Hon. S.B.B. Dumbuya, the current Speaker of the House.