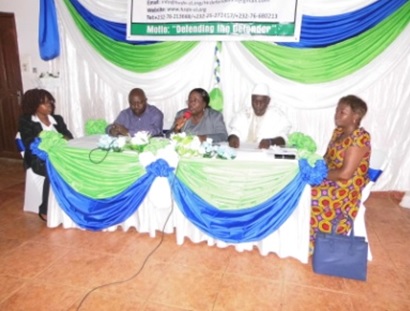 Executive Secretary HRDN-SL Alphonsus Gbanie said the new policy would have detrimental impact on civil society organizations, adding that they are dismayed that in December 2017 and prior to March 2018 the new NGO policy was surreptitiously adopted by the GOSL, containing the same obnoxious provisions that would impose severe restrictions on the right to freedom of association and freedom of expression, which are guaranteed in the 1991 Constitution of Sierra Leone and under international law.

Gbanie maintained that HRDN-SL would like to point out that the rights to freedom of association and expression are critical means for individuals and groups of individuals to contribute meaningfully to a democratic society.